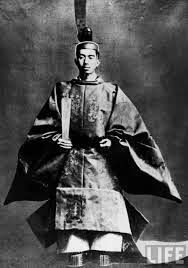 Hirohito was born at the Aoyama Palace in Tokyo, and was educated at the Peer's School and at the Crown Prince's Institute, He became Emperor of Japan on December 25, 1926, following the death of his father, the Taisho emperor, who was already retired due to mental illness. His reign was designated Showa, which meant "Bright Peace", and later became his posthumous name, as tradition suggests. When he assumed the throne, a universal male suffrage  law had just passed, and Political parties were near the height of their pre war powers. However, a plunging economy, rising militarism and a series of political assassinations soon caused a crisis for the pro-democracy movement. Hirohito, who as an emperor was the nation's highest spiritual authority and commander in chief of the armed forces, essentially fired the Prime Minister in 1929. The next prime minister was was shot and mortally wounded, and in 1932 yet another prime minister was assassinated by naval officers upset about a treaty limiting the number of Japanese warships. From that point on, all prime ministers came from the military rather than from the political parties, which were disbanded altogether in 1940, More political violence occurred in 1935, when a lieutenant colonel slashed a general to death with a samurai sword, and in 1936, over 1,500 soldiers mutinied in Tokyo, seizing the army ministry and murdering several high ranking politicians.
Meanwhile, Japans conflict with China was growing. In 1931, Japanese army officers initiated the so-called Manchurian Incident, by detonating a railway explosion and blaming it on Chinese bandits. They then used the event as an excuse to take over Manchuria in northeastern China and set up a puppet state there, Excursions into other areas of the Country soon followed and by 1937 war had broken out. That winter the Japanese army committed war crimes equal to Nazi Germany, by massacring an estimated 300.000 civilians and prisoners of war, in the area of Nanking, in what came to be known as The Nanking Rape. Children were slaughtered mercilessly, and women who survived the raping, were brought back to serve as prostitutes, or slaves. Even though it is not certain that Hirohito gave the order, we know he did not punished those responsible, and also authorised the use of chemical warfare. 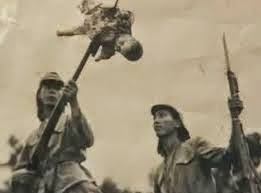 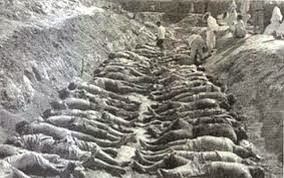 On September 1940, Japan signed the Tripartite Pact with Nazi Germany and Fascist Italy, in which they agreed to assist one another should any of them be attacked by a country not already involved in the war. Japan send troops to occupy French Indochina that month, and over a year later Japanese planes bombarded the U.S naval base at Pearl Harbor, destroying 18 ships and killing 2.500 men, as retaliation for U.S.A's embargo on oil and steel.
Over the next seven months, Japan occupied the Dutch East Indies, British Singapore, New Guinea, the Philippines and a number of other locations in Southeast Asia and the Pacific, but the tide started turning at the Battle of Midway in June !942, and soon after at Guadalcanal. By mid 1944, Japanese military leaders recognised the loss was inevitable, yet the country did not stop fighting due to its code of honour, until after the atomic bombs were dropped on Hiroshima and Nagasaki the following August. On August 15 1945, 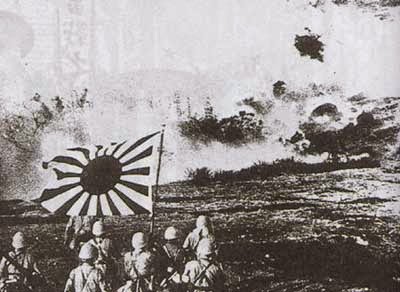 Hirohito broke the Imperial Silence, a tradition of over 1.500 years, and announced Japans surrender with a radio broadcast. After the U.S occupied Japan, a new constitution was drafted, turning all political power to elected representatives, and turning the emperor into a mere symbol of the country. Hirohito was not indicted as a war criminal, as the U.S feared that it could throw the country into chaos.
Hie stayed to the throne for 64 years, the longest imperial reign in Japanese history. To this day, his wartime records remain a subject of much debate. 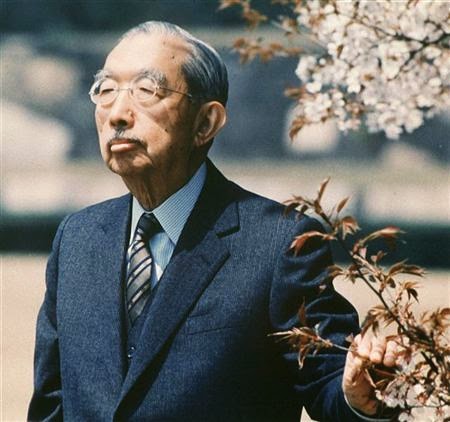 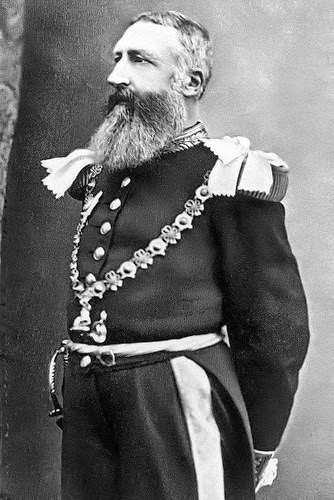 Leopold was born in Brussels on April 9th 1835. He was the second child of the reigning Belgian monarch Leopold I, and his second wife, Louise, the daughter of King Louis Philippe of France. After becoming a king in 1865, Leopold, fervently believed that overseas colonies were the key to a county's greatness, and he worked tirelessly to acquire colonial territory for Belgium, while lending money from the government. after numerous unsuccessful schemes to acquire colonies in Africa and Asia, in 1876 Leopold organised a private holding company disguised as an international  scientific and philanthropic association, which he called the International African Society. In 1878, under the auspices of the holding company, he hired the famous explorer Henry Stanley to explore and establish a colony in the Congo region. Much diplomatic maneuvering among European nations resulted in the Berlin conference of 1884 regarding African affairs, at which representatives of fourteen European countries and the United States recognised Leopold as sovereign if most of the area to which he and Stanley had laid claim. On February 5 1885, the Congo Free State, an area 76 times larger than Belgium, was established under Leopold's personal rule and private army, the Force Publique. In reality the I.A.A was a vehicle to enslave the people of the Congo River Basin, enrich himself, and bring international prestige to relatively small Belgium. The 905.000 square miles of African rain forest held a vast fortune in rubber plantations, a commodity in high demand in the late 19th century industrial Europe. 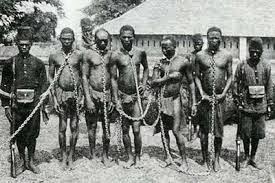 Unable to read or write, the Congolese tribal chiefs, unwittingly sold their tribe member into a lifetime of slavery for some pieces of cloth. Such was the brutality of Leopold, that those who failed to meet the rubber quotas set by the Belgian officers, were routinely flogged with the chicote, a whip with sharp edges, that was often fatal after 50 strokes. His private mercenary force did most of his terrorising and torture, while the Belgian officers commanded native soldiers, many of whom were cannibals from other tribes, of kids who have been kidnapped from raids in the surrounding area, after their mother were killed. 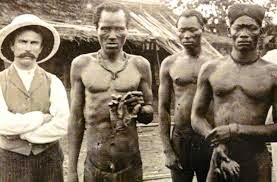 An officer described a raid to punish a village that had protested, in the following words. "The commanding officer ordered us to cut off the heads and sexual members of the men, and hang them on the village palisades, and to hand the women and children in the form of  a cross"
Mutilation, and especially the cutting of hands or genitalia was more than frequent among Leopold's men. His victims are estimated from 8.000.000 to 10.000.000 native Congolese. 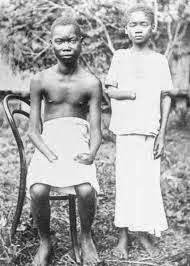 Following the Independence of The Congo from Belgium in June 1960, Patrice Lumumba, leader of the Movement National Congeals, was elected Congo's first Democratically Elected President. Ten weeks later following a coup de tat headed by General Mobutu Sese Seko, Patrice Lummumba was murdered by firing squad. recent evidence suggest that the US and Belgium governments were involved. Mobutu who institutionalised corruption in the country apparently looted up to 4.000.000.000 US dollars, before he was subsequently ousted by rebel leader L. Kabila. Kabila was assassinated in 2001, and after brief return to civil war, his son Josepph Kaliba, became democratically elected president in 2006, stabilising the Congolese government for the first time in 50 years.
Thank you for reading