Man revealed his goldfish that might be Britain’s biggest 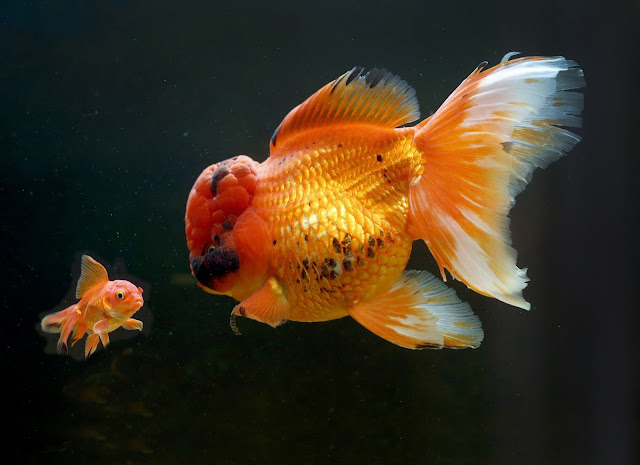 The three-year-old red Oranda, is native to Japan and China, and is characterised by the prominent growth on its forehead, or ‘wen’.

Moffat Camping and Caravanning Club S…
Shahid Afridi rakes up another contro…
How to Leverage Entrepreneurship and …
Cat Coronavirus Diary – Day 18
Endocannabinoid System | How Importa…
This can cause problems for the breed, however, as it can reduce the fish’s visibility if it grows to cover the eyes.
Despite not appearing very hydrodynamic, they are powerful and Strong swimmers.
Rocky’s owner, Andy Green, is owner of Star Fisheries in Sutton, London which imports and sells Goldfish.

He’s nearly as big as Andy Green who’s trying to seel him (Picture: Caters)
He said: ‘It’s the largest goldfish in the UK. It’s very wide, and really heavy. Compared to a normal goldfish, Rocky is an absolute giant.
‘She is also certainly the largest of his type ever to be imported into the UK. She’s an incredibly strong and powerful fish. That’s where we got her name from.’
‘She came from China, and it took me six months to convince the breeder to sell her to me. If I were to sell her, I wouldn’t accept less than £4,500.’
Andy admits fancy goldfish are a weird thing to sell, but there is a strong market for rare and prime examples of them.
He said: ‘Some people find them really ugly, especially the fish with bubble heads.
‘But others absolutely love them. The goldfish all have different characters and temperaments, which makes them really interesting.
‘Collectors will also pay big money to make sure they get prime examples of goldfish. The most expensive fish we sold was a panda oranda, which went for £6,500 two years ago.
Writer: Richard Hartley-Parkinson for Metro.co.uk

Shahid Afridi rakes up another controversy, says he wishes to lead Kashmir team in PSL

Man revealed his goldfish that might be Britain’s biggest