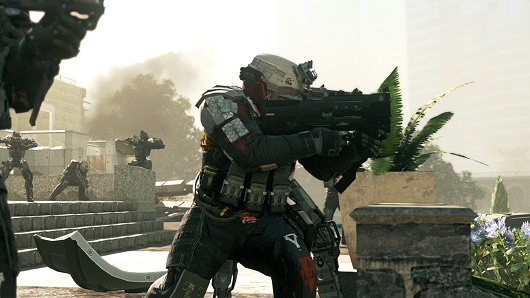 Call of Duty: Infinite Warfare was announced last week and its sci-fi setting is a world away from Battlefield 1‘s World War backdrop.
The reveal trailer has been viewed almost 14 million times and gathered over one millon dislikes, putting it amongst the top 10 most disliked videos on the site, sandwiched between Nicki Minaj’s Anaconda, and Rick Perry’s 2011 Stong campaign ad.

Empire of Language- Prelude-Metaphors…
Sobriety In The Time of Quarantine: T…
15 Top Trends for Kitchen Design for …
A Comparison of the Environmental Imp…
UPPSC AE Previous Year Question Paper… 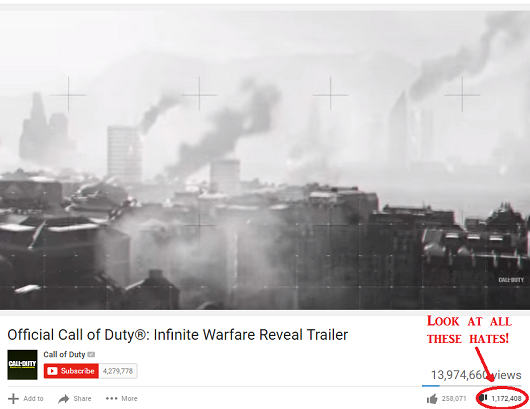 By comparison, the Battlefield 1 reveal trailer is approaching 19 million views and has a paltry 18,000 dislikes.
Activision CEO, Eric Hirshberg, was asked about the dislikes during the company’s quarterly earnings call last week.
“First of all you got to love the passion of gamers,” he said. “This is an industry like no other, and a fan base like no other and we love that our fans treat this franchise like it’s their own and have such strong points of view about it. There just aren’t many entertainment franchises on Earth that can generate the kind of passion that Call of Duty can and that’s a good thing.”
Very tactful. As well as the objection to whole ‘CoD in space’, a lot of people have taken umbridge with the face that Modern Warfare Remastered won’t be sold separately – although Brenna has a solid theory on why that is.
Hirshberg confirmed that those who craved more of the old-school Call of Duty would be satiated with the Modern Warfare remaster, while everyone else could enjoy the new approach to the series.
“Of course we know that there are people in our community who are nostalgic for the boots-on-the-ground-style gameplay, and that’s why we made Modern Warfare Remastered. But we also have millions of people in our community who want to have new innovative experiences in the game each year and Infinite Warfare is going to deliver that. And the good news is this year we found a way to deliver both in one package while keeping our community together.”
He also pointed out the lukewarm reactions to Black Ops 2’s reveal, which went on to become one of the franchise’s best sellers.
Call of Duty Infinite Warfare is due for release on November 4 for PC, PlayStation 4, and Xbox One.
For more Call of Duty news and updates, come and join our facebook gaming community @ facebook.com/webjunkiesblog.