Moonies rejoice! The full trailer for the upcoming “Sailor Moon Eternal” movie is here! Well part 1 anyway. And we’re super excited to share it with you!

Already I’m a fan of the clean animation style of the trailer. During the initial run of the anime series “Sailor Moon Super S” (which is what this movie will cover) it was greatly added to. The manga wasn’t quite finished yet and there was a lot of liberties taken with character development and filler episodes. Not that that’s a bad thing but it did add to the episode count dramatically.

You can see the trailer here.

From the trailer, this film already promises something that the anime lacked. And that was the sailors coming face to face with themselves. It was a beautiful story in the manga how each one of them leveled up after looking inside themselves. You can see a snippet from the trailer down below where that is shown. 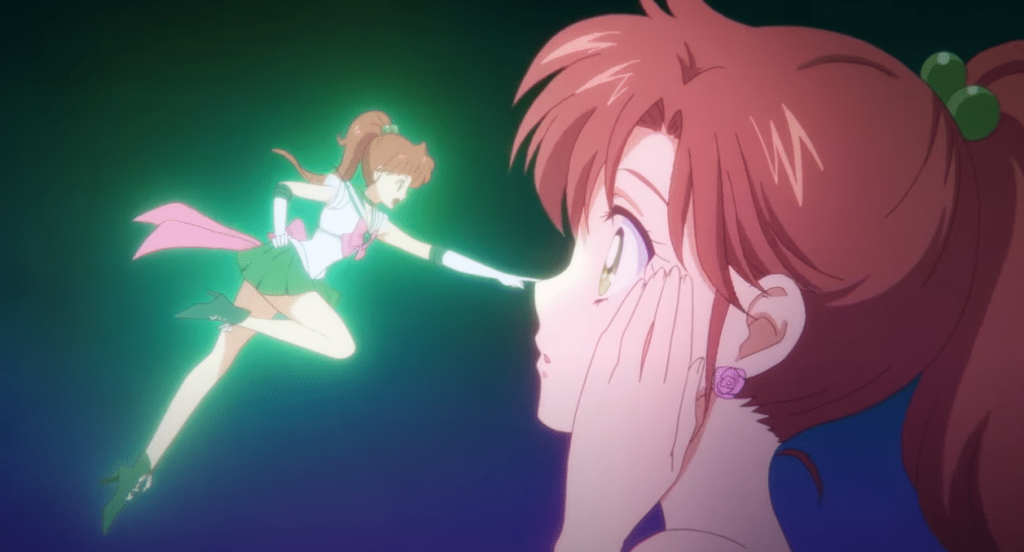 That is enough to get this Moonie pretty excited. I like the fact that this is based of the manga and isn’t just a retelling of the original anime. And while that will always have a place in my heart as one of the first anime that I connected to, this will be something I can refer more friends to to get them into the series. Especially because the idea of binge watching 200 episodes may seem a little daunting. But probably not to those who have powered through “One Piece” or “Naruto/Naruto Shippuden.”

What do you think of the new trailer? Can you wait for it to come to DVD? I know I can’t!