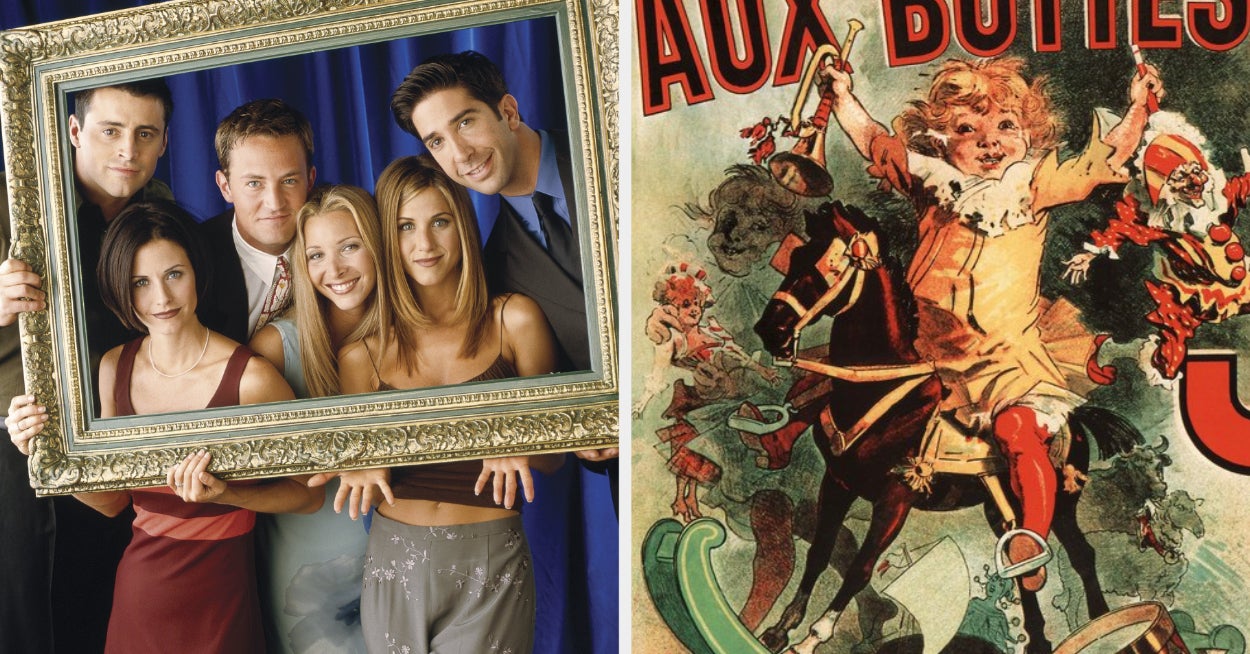 …and, of course, one of the first iconic things that comes to mind is Monica’s oh-so-’90s-chic apartment.

And perhaps one of the most memorable things in the apartment — aside from the purple walls — was the giant 19th century French advertisement poster that hung behind the TV.

Well, in celebration of the 25th anniversary of Friends, the show’s set designer, Greg Grande, spoke with EW and told them the back story on how that poster ended up in the apartment set.

Greg revealed the poster was never originally meant to be in the apartment and was actually a last minute replacement.

According to Greg, he originally had an old tapestry hanging in that spot until the network became concerned about it:

I had a tapestry that I got out of the Warner Brothers drapery department; it was a super old tapestry that could’ve been from the 1900s, maybe even earlier, but it was kind of religious. It hung on that purple wall and they kind of were concerned that it was too religious. So I had to scramble a little bit and that’s how I ended up starting to flip through my research books of circus and French posters from the early 1900s.

Greg went on to say that he then took the image from the book and had it reproduced — not even thinking how recognizable it would become.

Also, another interesting thing about the poster is that it actually served another purpose: it hid a cutout in the wall that allowed them to film from.

So there you have it, thanks to the network’s objection we got the iconic poster in Monica’s living room instead of an old dusty tapestry! Now I wonder if the tapestry would have become as covetable if it had been on the show?!

The post The "Friends" Set Decorator Talked About How The Iconic French Poster Ended Up In Monica's Apartment appeared first on Angle News.