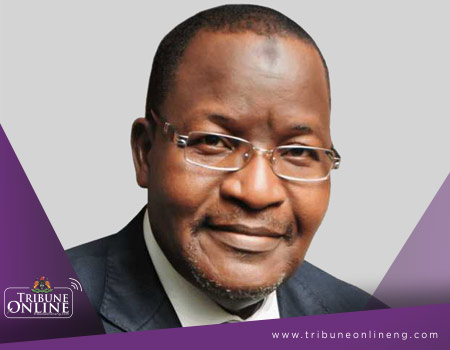 Nigerian Communications Commission (NCC) says that it will henceforth prosecute those involved in fraudulent Registration of SIM card.

The commission said it would no longer be business as usual, threatening that anyone caught would be made liable to face 25 years imprisonment as prescribed by the law.

How to Make Number 13 to Your Lucky N…
كيفية عمل دعوة الكترونية
I still have time for Valentine’s Day
Send Money to Senegal – Prefer a Righ…
Schema Markup, Types & Why is It Impo…

According to a statement on Tuesday in Abuja, Dare was represented at the forum by Mr Efosa Idehen, NCC Director, Compliance Monitoring and Enforcement said past efforts to educate and sanction fraudulent SIM card registration operators had failed to yield results, hence the legal perspective.

Dare said added that years of continuous fight against the fraudulent operators started in 2012.

“Making 63.2 per cent of the total records invalid based on invalid face capturing and fingerprints,” underscoring the importance of proper SIM registration.

According to him, if an agent engages in pre-registered SIM cards and is arrested, the culpability in such a case will extend to other players in the SIM registration value chain including the super agents.

“The Heads of Marketing of Mobile Network Operators (MNOs) and possibly the Chief Executives of licensees, who illegally benefit from such illegal SIM registration activities to meet their marketing targets,’’ he said.

He insisted that the right thing must be done by the registration agents and their MNOs to curb the dangers posed by the menace.

“Without appreciable compliance by the MNOs and their different layers of registration agents across the country, thereby constituting threats to national security and jeopardising national interest.

He said aside several sanctions provided in the Registration of Telephone Subscribers Regulations 2011 for improperly-registered SIM cards, others included the imposition of N1 million on persons found to be dealing with subscriber information.

“The NCC will begin to plead national security and national interests against anybody found culpable of fraudulently-registered SIM cards in the telecom industry,” he said.

In his own personal remark, Idehen made a separate in-depth presentation on the dangers of dealing in pre-registered SIM cards and took the participants through the various regulatory interventions already implemented.

He took the participants on other ongoing initiatives aimed at enforcing broad-range compliance with SIM registration rules in the last eight years.

“Unfortunately, despite the level of stakeholder engagements, sanctions so far imposed, arrests made and prosecutions secured through working with law enforcement agencies, among others.

He said this had necessitated the need for the sensitisation workshop to educate all players in the SIM registration value chain on the dangers posed by fraudulently-registered SIM cards to the country’s national security.

“It is no longer going to be business as usual for all players in the SIM registration value chain. We will no longer allow some deviants to jeopardise our national interest and national security.

“Today, cases of fraudulently-registered SIM cards have been aiding and abating robbery cases, kidnappings, financial frauds and all manners of criminalities.

“Where the anonymity of the registered subscribers makes criminal investigation difficult for the law enforcement agencies.

“That is why we will now be pleading breach of national interest in the prosecution of arrested perpetrators of pre-registered SIM cards,” he said.

He said that aside from other requirements, the only four identity cards that should be accepted by SIM registration agents are the national identity cards, the voter cards, driver’s licence and the international passport.

He also cautioned the agents that fingerprint capturing of the subscribers must be done properly.

“Agents must ensure that clear pictures of the subscribers are properly captured, fingerprints well taken and only four ID cards are recognised for now any of which must be presented and confirmed by the registration agents before registration.

He stressed that MNOs and their agents should accept the mantra: “No valid identity card, no SIM registration.”

Idehen added that NCC had been working with the National Identity Management Commission (NIMC) in the area of ensuring that data collected from the mobile subscribers are in line with the national specifications.