Top 5 Most Scariest place on Earth. 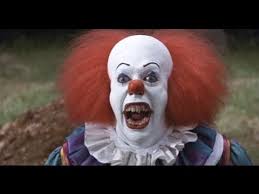 Earth is a plant that conserved many mysteries these mysteries still not proved its still a mystery.
Lets us see Top 5 Mysterious place on Earth on Today's Blog.
1.Caño Cristales, Columbia 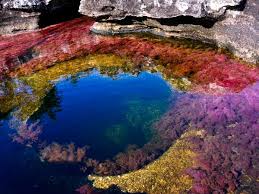 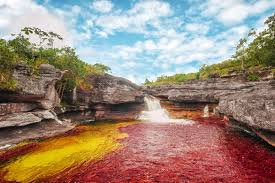 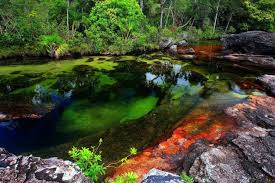 Caño Cristales is a river located in the Serrenia de la Macerana region of Columbia
It is also known as the River of Five Colors as well as most beautiful river.
This is just like any ordinary river but in the month of September - November ,transition period between Wet and dry season.It turns into different colours such as

The reds, pinks, blues, greens and yellows due to the reason that a species grown on bed of this River change its characterstics and show different colours. 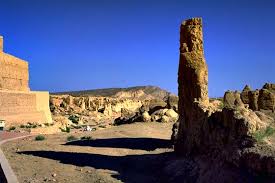 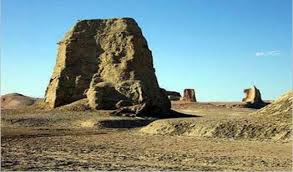 Moguicheng is a desert in the Xinjiang region Many, people have reported some extremely strange occurrences. Visitors heard a wide range of mysterious sounds floating on the breeze, from weird melodies and the sound of guitar string,baby crying and tiger roaring. These sounds are apparently inexplicable, nobody has yet been able to find any sort of source.Even its a desert so how these sound possible. 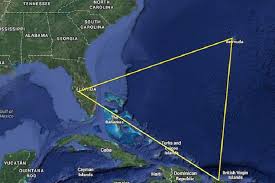 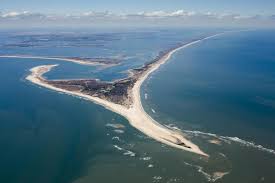 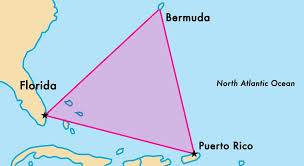 This is also a mysterious place
Found between
Florida's southern tip, Bermuda and San Juan, Puerto Rico.
The Bermuda triangle is said to gobble up ships and airplanes without a trace
This is infamous for making everything disapper from cargo ships to airplanes . The mysterious body of water is clouded with rumors of suspicions ,supernatural activities also considered here,Over the past century, the Bermuda Triangle has been "swallowing" vessels and is blamed for the loss of hundreds of lives. 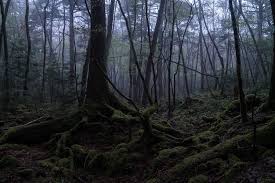 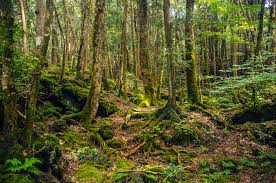 Aokigahara Forest is known for having the second highest rate of suicide in the world. It lies at the base of Mount Fuji in Japan. It’s reportedly haunted, with legends of ghosts, demons and spirits surrounding the area. . There are signs mounted all around the forest reading, "This place is world Second place for sucide cases More than 500 suicides have been reported since 1950s. The forest is also known as the "Sea of Trees" due to its dense vegetation.
5. Isla de las Munecas, Mexico 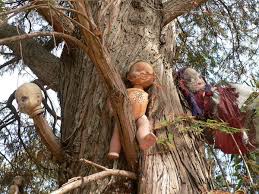 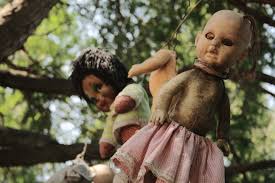 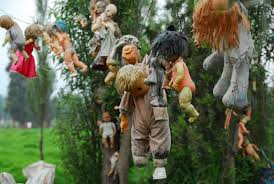 It is also considered as a mysterious and scariest place ,also know as a Island of Dolls.
People believe that the dolls whisper to each other and also move their eyes. This place is tourist attracted due to curosity.

According to reports, a man named Don Julian Santana left his wife and child one day and moved to an island on Teshuilo Lake in the famous Xochimilco canals to live out his years as a recluse.
Upon arriving at the island, reportedly some time in the 1950s, Santana discovered the body of a young girl who had drowned in a canal. He later found her toy doll floating nearby.
Moved by the discovery of the girl’s body, and perhaps to appease her spirit, Santana set about transforming the whole island into a shrine dedicated to the lost soul.
And she decorated the whole Island by different dolls ,barbies dolls the dolls she found from garbage.
It was believed that the ghost spirits appears at Night even many people saw these dolls movement even it doesnt have any soul.

The info provided here is sufficient but you can google to know more.
Img source:-Google.

Globe maximizes spectrum assets to an…
The Keys to Business Success | 20-Poi…
Where to shop the best Black Friday d…
How to Keep Him Interested in You For…
Spider-Man: If This Be My Destiny - L…

Top 5 Most Scariest place on Earth.