Why being picky is not a bad thing. 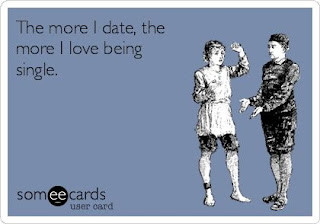 I was always the perpetually single friend in my squad. My love life was always the biggest joke I’d ever heard. As depressing as all this is, I tried to enjoy being single and not mind too much about it. After being exposed to the worst of the worst of dating, I have finally accepted that I’m indeed going to die alone with 72 cats. I have accepted my ‘Single AF’ status. I’m done with dating egotistical, narcissistic, emotionally dysfunctional, commitment-phobes. I may not have dated too many people, but I most definitely have learnt a lot. I’ve learnt not to trust anyone but myself, and I’ve also learnt that friendships are not worth risking when it comes to dating.

Short Happiness Quotes From Famous an…
“The Friend Who May Not Seem a Friend…
Second batch of January 2021 pensions…
How to Organize a Blog Post and Struc…
It’s Me – Chapter 11
These experiences have transformed me into a slight commitment-phobe, as I’ve gotten extremely Picky over the past few months. The numerous dating deal breakers I have aren’t helping much either. I have realized that I cannot be happy with just anyone. I began to realize how easily people began to bore me. It was extremely frustrating as I was actually trying to like these people. What I failed to realize then was that I cannot force myself to like someone I don’t like no matter how hard I try and that sometimes people just don’t “click”. After thinking long and hard about it, I realized that being picky was not a bad thing. In fact, why should it even be considered a bad thing? Am I not supposed to be picky about whom I choose to spend my time and energy on? Am I not supposed to consider their bad habits, pet peeves and such when I’m choosing my hypothetical future spouse? Am I not supposed to compare our morals and beliefs?
I would honestly rather be single forever than be in the wrong relationship. I refuse to settle for anything less than butterflies. As Warsan Shire says, “My alone feels so good, I’ll only have you if you’re sweeter than my solitude”. It’s important to stay single until someone actually compliments your life in a way that it makes it better to not be single. If not, it’s seriously not worth it. It’s important to not date someone just for the sake of it, or go on dating people to get rid of the loneliness. In fact, you are supposed to kiss one frog, and not fuck the entire pond.
It’s really important to get out of an unhappy relationship especially if you feel like you don’t get along. Life’s too short to waste time. We meet plenty of shitty people and learn our fair share of life’s lessons before we meet our “zing” and that’s completely fine. I for one, am willing to wait for my Zing.
What we fail to realize sometimes is that, we are blinded by another person while the “zing” is right in front of us. Many writers, film makers and such have told us how to recognize our zing. While different people say different things, many of them outline on a few important common traits in a zing. Your zing is the person who may despise some of your habits, but still love you for who you are. Your zing is the person that actually understands and deals with your anger and your mood swings, the person who can make you laugh even when your eyes are brimming with tears. This is the person whom you can joke around with, be a slight asshole to, and be a sweetheart to, all the same time. This is the person whose eyes can melt your heart, whose smirk can make your heart jittery and whose touch laces the butterflies in your stomach with marijuana. Don’t settle for anything less, as your ultimate decision is either 90% of your happiness, or 90% of your sorrow.
Never ever feel bad about being single again, or for not getting enough action.  Never again, feel bad about saving yourself for the right person if that’s what you believe in.  It’s alright to have deal breakers and to be picky about your future. However, what’s not alright is if you put your happiness at stake due to feeling pressured by comments made by your friends and family. Whatever you do is your choice, and ultimately your own. Never be afraid to make someone realize that.


This post first appeared on The Rants Of A Single AF Teenager, please read the originial post: here
People also like
Short Happiness Quotes From Famous and Unknown People
“The Friend Who May Not Seem a Friend”: The Cat and the Fire, Part 1 of 3
Second batch of January 2021 pensions released since yesterday
How to Organize a Blog Post and Structure It Well
It’s Me – Chapter 11
Cup and handle failed, what now?
Teenage Bounty Hunters: an original, fun TV show with a well portrayed lesbian representation
My #1 Secret for Being a Better Teacher
Fighting the debt trap of triple-digit interest rate payday loans
Interview with the legendary comic book artist and writer William Messner-Loebs
A Word on Anti-Furry Sentiments in the Tech Community
Bulletproof Coffee – How to Make It (With 16 Recipes to Try)
Wuhan Weather Report
Learning To Live With Epilepsy

Why being picky is not a bad thing.

Subscribe to The Rants Of A Single Af Teenager