Tweaking PXE boot times in SCCM version 1.0.0.2. In Configuration Manager we have option to tweak our PXE boot times, TFTPWindowsSize which we can change in the registry on our PXE enabled DP’s.

This is new version for SCCM TFTP Changer. What’s new:

CBD 2020: What to Expect + Our Top Pr…
What Marathon Running and Successful …
Bitcoin Fund IPO gets the Preliminary…

PXE booting a machine can never be fast enough!

The default value is 1 (1 data block fills the window)

We can also tweak the TFTPBlockSize which has been around for many versions of Configuration Manager.

What we know for example:

I put together this list that could be a good starting point when testing out the different TFTP: 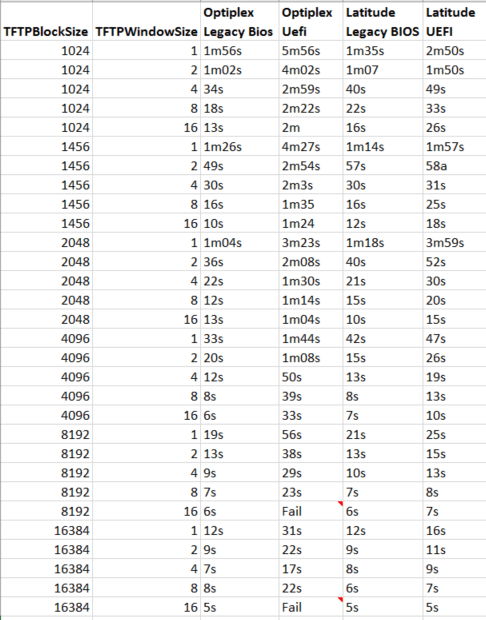 Conclusion UEFI boot is slower! and the values used will be different for many customers as there are now optimal values that will be best in all environments.

“Changing the TFTP settings was really boring so when I did the tests I wrote this little powershell tool as well to help in setting the values. I am planning to update it next week to be able to use it on Remote DPs and some more error handling. But you can use it as it is now to do you your testing. Run it as administrator so you have the permisisons necessary to change the registry values.”

I’m recreate this tool from powershell to app.