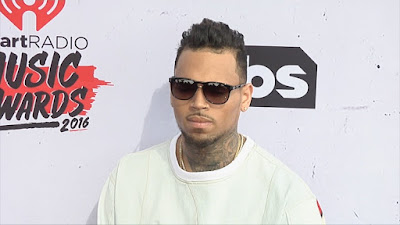 Highlands, Buttermilk Opening and Sum…
Vechain Blockchain Technology Powers …
Royal Palace Rugs
Spider Mites Take Over Trees In Weste…
Falling in love with Banyan Batiks Ka…
Officers responded to a woman's call for help at Brown's suburban Los Angeles residence around 3 a.m. Tuesday morning, according to an LAPD spokesman.
A search warrant was obtained by police Tuesday afternoon and law enforcement officials spent several hours at Brown's residence before he was taken into custody. Brown will be transported to an LAPD jail for processing.
"My client's position is that we're coopering," Brown's attorney Mark Geragos told HLN's Dr. Drew Pinsky. "There's no truth to it, and we're going to let it play out."
Geragos later tweeted that Brown was "out and well." He also called the charges "demonstrably false."

Thanks to everyone for their support and well wishes. Chris is out and well. The allegations against him are demonstrably false #TeamBreezy
— Mark Geragos (@markgeragos) August 31, 2016

Brown's alleged accuser is a woman named Baylee Curran, currently the 2016 Miss California Regional title holder, according to TMZ and the Los Angeles Times. Curran claims that Brown pointed a gun at her after she admired a piece of jewelry a friend of his was showing her.
"I don't know if it was Chris' friend or how he was related, but that's when he told me to back away from the diamond necklace and started cussing me out and calling me names," she toldthe LA Times. "That's when Chris pulled his gun and told me to 'Get out.' He said 'I'm sick of you girls, get the F out!'"
The LAPD has not independently confirmed her name, Baylee Curran, as the accuser to CNN.
The LAPD Robbery-Homicide division is handling the investigation. More details on the events that led to Brown's arrest have not yet been made available.
Earlier Tuesday, Brown, posted three videos to his social media accounts. In one video, the singer railed against the police and media and said he was being unfairly portrayed as a villain.
"Good luck. When you get the warrant or whatever you need to do, you're going to walk right up in here and you're going to see nothing, you idiots," he said in one video. "I'm tired of ... dealing with y'all."

"At the same time," Brown added, "when I call the police for stalker people that are endangering my life, they don't come until the next day. Then somebody make a f***ed up allegation about me, and oh yeah the whole f***ing SWAT team."