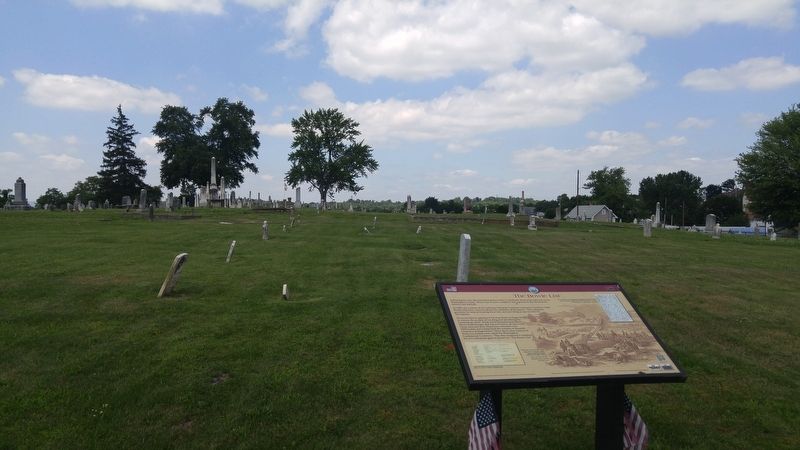 Following the war, the unmarked graves of the Confederate dead were scattered across Washington County. Many were in poor condition and exposed to the elements by farmers and animals.

In 1869, the trustees of the Antietam National Cemetery contacted Governor Oden Bowie with their concerns about the condition of the graves. They asked the governor for help in locating these sites and providing proper burials for the remains.

Governor Bowie appointed Thomas Boult of Hagerstown to oversee the project of locating and identifying the Confederate dead. Boult hired Sharpsburg residents Moses Poffenberger and Aaron Good to do the work. These men and their employees exhumed over 3200 bodies and transported the remains to Rosehill Cemetery in Hagerstown. Once there, they reinterred them in a section now called the Washington Confederate Cemetery. They also produced a complete list of Confederate graves, known as "The Bowie List."

[text with the lower left image] Page 53 of the original Bowie List.