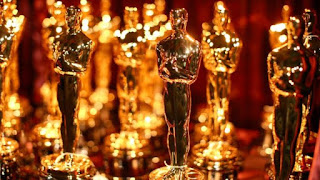 The organisers of the Oscars have Invited a record number of new members to vote in next year's Academy Awards, in response to criticism of a lack of diversity at this year's ceremony.
Nearly 700 people were invited, with a focus on women and ethnic minorities.

Should all of those agree to join, the demographic of the membership would only slightly change from being mostly white, male and over 60.

There are currently more than 6,000 members of the academy.
Almost half the people who have been asked to join are women and almost as many are people of colour. 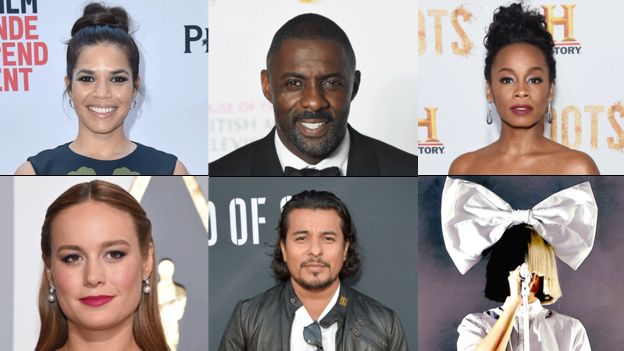 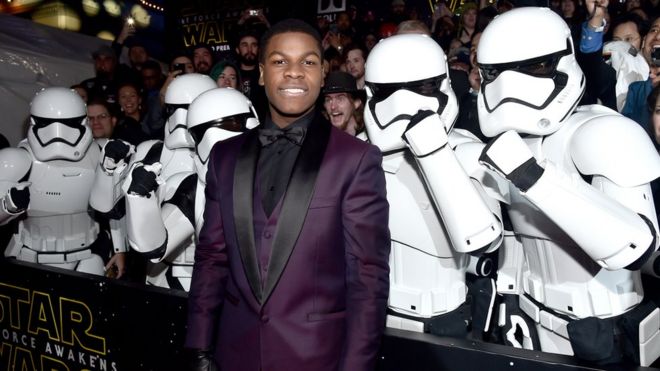 The new invitees include Star Wars actor John Boyega, Swedish Oscar winner Alicia Vikander, Beasts of No Nation star Idris Elba and Tina Fey the Academy said in a statement, which listed the invitees in full.

Boyega tweeted his gratitude at being invited to join, saying that it was "always a blessing to be one of the many Oscar voters that will hopefully spark change".

Other British inclusions include Harry Potter star Emma Watson and Belle director Amma Asante, who wrote: "I cannot lie. I like this!"

Brie Larson, who won the best actress Oscar this year for her performance in Room, was also invited.

She tweeted: "I got in! Excited to use my vote to nominate talent that reflects the real world we live in - DIVERSITY."

From the music world Sia, Mary J Blige, will.i.am and Ice Cube have been nominated.

Ugly Betty star America Ferrera also thanked the Academy, tweeting that it was a chance to "create opportunity" for others.

Jacob Vargos who has starred in The 33 and Jarhead, thanked Lou Diamond Phillips and Esai Morales on Twitter for nominating him.

"Thank you @TheAcademy for inviting me join this group of talented film makers. I am truly honoured," he said.