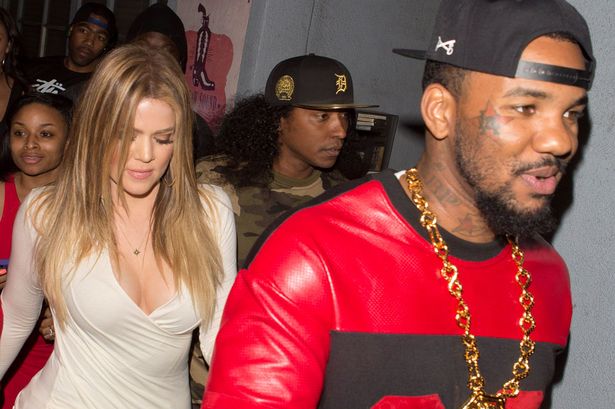 Khloe Kardashian holds hands with Rapper 'Game' as they take mother Kris Jenner to 'Tru Night club' in Hollywood, CA
Khloé Kardashian lived with "an older man" at 16 years old and then went to live with rapper The Game.
The 32-year-old 'Keeping Up With the Kardashians' star has admitted she once moved out, which went against her parent's wishes, rented a bedroom from a mature man and lived there with his family.
The 'Kocktails with Khloé' host shared the news on her website  where she detailed the various places she has lived. She wrote: "[At 16] I moved into a house where I rented a room from an older man.

"But don't get it twisted -- it was not intimate!
"He had a family and I just lived in one of the bedrooms. I was rebellious and having an annoying time at home. My parents didn't want me to leave, but I was a little brat."