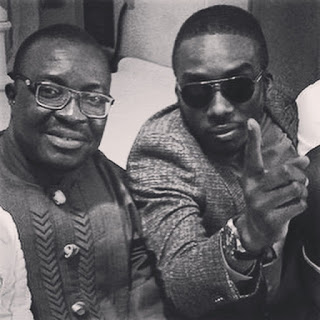 Alibaba is not one to shy away from encouraging you. He always sees the cup as half full. Many of the classic jokes that are evergreen in the minds of average Nigerians are alibabas creations.

But the source of these materials are still alibaba. Now this is where ali baba did wrong. Ali baba once told me a joke. He said check out this material. I died of laughter.

I had barely finished when he said “you can have it”. I froze in shock. “Bros make I take am””?” He nodded with assurance. I arrived the next comedy gig with an air. I had an ace up my sleeve. I was going to bomb this show with my new joke.
The audience will die with laughter and they will be buried with memories of the joke and their remembrance will feature my picture and my voice. In loving memory of the joke that Bovi killed the audience with. I had barely finished planning this obituary when I heard the audience already dying with laughter.

The comedian on stage was saying something I had heard before. Wait, he was saying my joke. My new joke. Where did he hear me say it? But I hadn’t said it before. It was only a few minutes before I discovered the distress in the face of two other comedians. I thought it was something else until the comedian came off the stage leaving a trail of blood from an audience murdered with laughter.

He was confronted by three of us with “oh boy why you crack my joke”. “Which joke?” We chorused again.. “The last joke”. He retorted “but na my joke: bros Ali naim give me”. And a mild argument ensued. I quietly withdrew and went to rework my set. Phew!!!!! I was deflated. In no time I confronted alibaba. He laughed so hard, I couldn’t figure what was funny.

But that was until he spoke. “Make Una dey wait make I dey write give Una. Which one me go come talk if I dash out all, one by one”.i got d message clearly. If you don’t create your own material, the audience will kill you. From that day till today when alibabas offers a joke, I run. And he laughs”