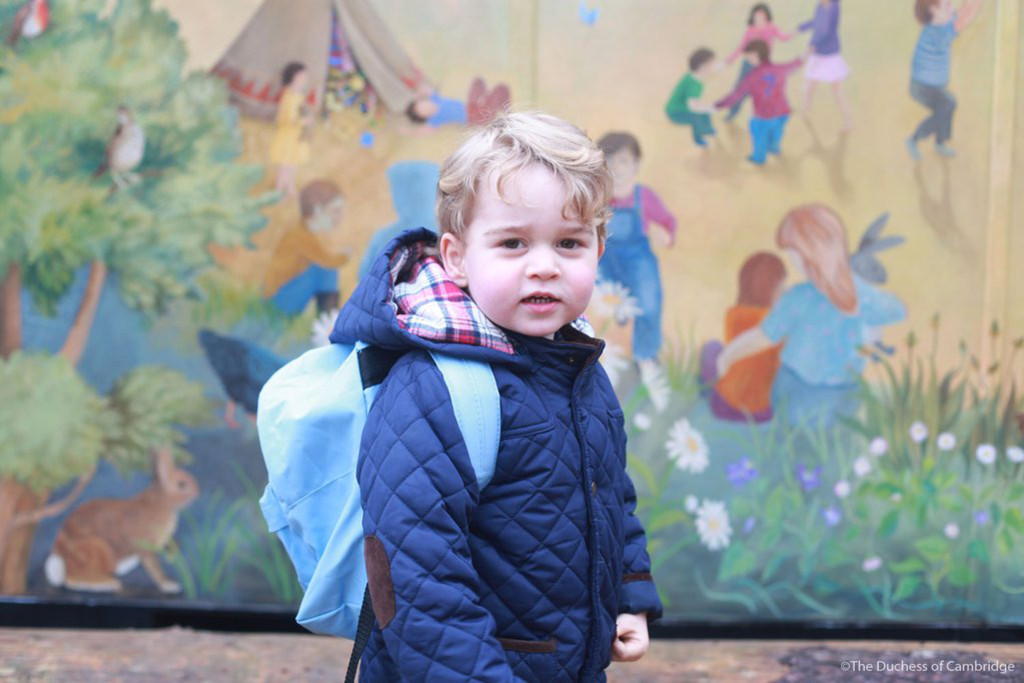 He's all grown up! Prince George started nursery School at Westacre Montessori School in Norfolk Wednesday, where he wore an adorable blue zip-up coat and light blue backpack.Kate Middleton and hubby Prince William released two cute photos of George standing in front of the school's mural, dressed and ready to go to make new friends and learn. The palace announced shortly before Christmas that George would be starting school in 2016 while Princess Charlotte, not even a year old, will stay at home.

5 helpful hacks to surviving the summ…
Who is Ted Boehly, the American billi…
Pass the CAPM exam on your first try …
Robb Banks Talks Anime, Music And Lif…
Kidnappers abduct 11-year-old boy in …
"We are looking forward to welcoming George to our nursery where he will get the same special experience as all of our children," the Westacre Montessori School Nursery said in a statement.
George will only attend classes when his family resides at their Norfolk home, but won't be enrolled when his family stays at Kensington Palace in London. The nursery, located just 10 miles away from his family home, Amner Hall on the Sandringham Estate, is housed in a converted chapel. The school accepts a maximum of 29 students at a time and costs a modest $49 a day. Both William and his younger brother, Prince Harry, attended Montessori nurseries, but Kate attended a local pre-school in Berkshire, near where her family lived at the time.

The Duchess of Cambridge
The princes' cousin, Princess Eugenie, also attended the Winkfield Montessori School in Berkshire in 1992.
Because it was George's first day at school, his parents must have been pretty emotional seeing their little boy begin his educational journey! Plus, Wills has admitted that becoming a dad has made him "a lot more emotional" than he used to be, so he might have shed a tear or two.
"I never used to really kind of sort of get too wound up or worried about things," he said in an ITV documentary. "But now, the smallest little things, I can feel, you well up a little bit more and you get affected by the sort of things that happen around the world or whatever a lot more, I think, as a father, just because you realize how precious life is and it puts it all in perspective, the idea of not being around to see your children grow up."
Best of luck on your studies, George!


This post first appeared on Latest News,Celebrity Gossip & Entertainment-Gist, please read the originial post: here
People also like
5 helpful hacks to surviving the summer holidays and getting your kids Back To School ready!
Who is Ted Boehly, the American billionaire who bought Chelsea FC?
Pass the CAPM exam on your first try with a virtual training class from Master of Project
Robb Banks Talks Anime, Music And Life At Rolling Loud Miami
Kidnappers abduct 11-year-old boy in Anambra Catholic church