Roman Reigns is #1 and Is Better Than Shield Counterparts

Roman Reigns was announced as the PWI #1 Wrestler in the World and people are going crazy about it in good and bad ways. Some people like myself think he deserves the title and others  think he doesn't. Now, I can go into how he does and also doesn't deserve it but regardless there is one fact about Roman Reigns that you can't deny, he's better than Seth Rollins and Dean Ambrose.

Before you start sending me death threats and what not, let me explain. Roman Reigns has been in several more high impact matches for the last 2 years compared to Seth and Dean. Honestly the only matches that Dean was in that were a must see where Dean vs Rollins at Hell in a Cell 2014, the Fastlane Triple Threat with Lesnar and Reigns, the Triple Threat for the WWE Championship and his match at Wrestlemania with Brock Lesnar. Since 2014 when the Shield disbanded, he's only been in 4 high impact matches and only two of those matches delivered, ie, vs Seth and the WWE Championship match Triple Threat. On Top of that none of his Championship runs have been interesting. The draft crippled his current run so that isn't on him but even still, when he comes to the ring he's so unmotivated and boring. On Top of this Dean isn't that exciting in the ring. He has about 3 moves that are cool but he's being carried by his opponent. Dean may be a better Character and has personality compared to Roman but Roman is a better wrestler.

Seth on the other hand is the better wrestler of the 3 but his character is so shotty. Rollins talks so much shit on the mic and we all know that he can back it up in the ring but he never does. His matches are cool but not as good as they could be. As a heel he's decent but he runs from all of his opponents and can't live up to a real heel. Bo Dallas is a better heel. On top of that even though Seth is my favorite wrestler on the roster right now, even though I love him being on top and having the title, he's a poor Champion. His only highlights are beating John Cena to become the first person to ever hold the US and WWE Championships together and color coordinating with The New Day. 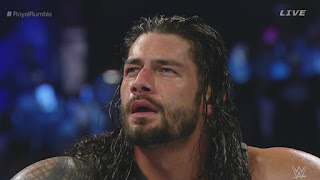 Roman on the other hand has had some really enjoyable story lines even though we all know he's going to win no matter what. The Royal Rumble this year has been the best PPV and nothing has come close to touching it so far. Roman was a Champion during the Rumble and the stakes were high as he could loose his title at any moment. What did Roman do? He was fighting for his title from the beginning to the very end. That made up for some good PPV watching. Of course the match had other cool things like AJ Styles debuting, Triple H returning and Dean Ambrose nearly winning but Roman was apart of the hype for the match.

Roman has also had some really good matches against AJ Styles, Former Shield members, Sheamus (surprisingly), Brock Lesnar, and Finn Balor. As a character he sucks. He has a limited moveset but he can still put on very enjoyable matches. He can't talk but he can back up his words in the ring. In the year of 2016 you can not deny that this was the year of Roman Reigns. He definitely killed it this year. Now I can't wait for him to be US Champion. 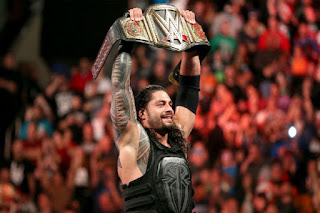 Roman Reigns is #1 and Is Better Than Shield Counterparts