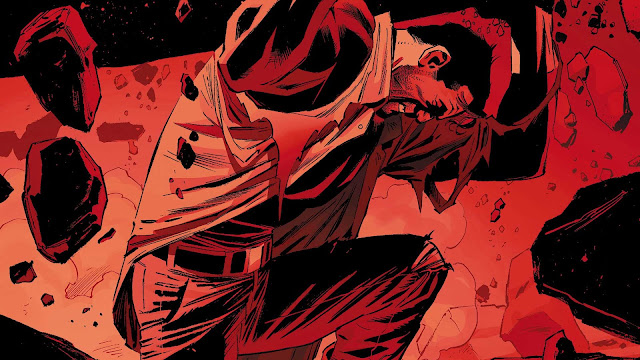 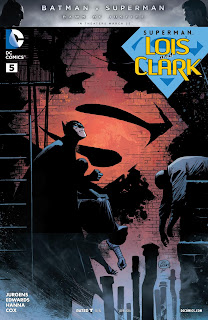 Cover Price: $3.99
Release Date: February 24, 2016
I love this Book, but it's really hard to figure out if it is all from the awesome story that Dan Jurgens is telling or if some is just the headache the regular DC YOU Superman books is giving me.  I can't rule out the later, but I give almost all of the credit to Jurgens.  A couple of months back, Eric said on our Podcast that he would enjoy a book with these characters just going through their daily routine and I am right there with him because if anything, Dan Jurgens has kicked ass in the character department. Then, instead of daily routines, we get some awesome action and mystery and it really doesn't seem fair.  While I'm not sure what will happen when Rebirth comes, I'm going to enjoy this book while I can and that time is now.  So, will that all continue this month with this issue?  Let's find out...

Kiran SSC Math’s 8900+ Chapterwise PD…
Prepare For Victory
If there is one complaint that the (crazy) detractors of this book can throw in it's fans faces it's that the book seems to exist on the outskirts of the DCU.  It makes sense why Lois and Clark don't (or can't) get involved with our world's heroes, but it does make things feel a little lonely.  I guess Clark feels the same way because this issue opens several years ago with Clark telling Lois about "watching" Batman.  Screw it, I'll call it what it is...Clark has been stalking the Dark Knight and it's a good thing that Batman didn't get a restraining order, because not only is Clark humming "Every Breath You Take" from the the rooftops, but he's even saved his ass.  It's a great opener for fans of this book and those of the World's Finest in particular. 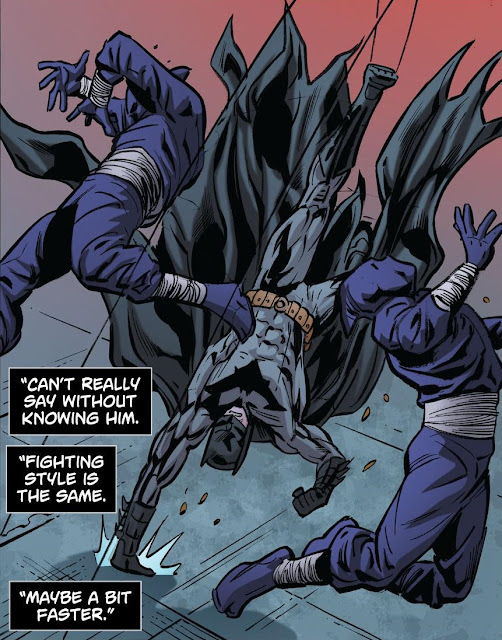 That continues as we see the beginnings of Lois spreading her wings to do more than write about ribbon cuttings at the local car dealer.  We all know where that's going to lead, but for now (or then) we can smile while little Jon makes a wish and blows out the big "5" candle on his birthday cake.  Are you smiling?  Good.  Because shits about to get real!
In the present, Clark is underneath mountain.  No shit, a goddamn mountain!  While he struggles to free himself, Blanque is walking and talking with Hank Henshaw.  Hank still seems out of it and Blanque's conversation indeed proves that Hank is under his control.  They are interrupted by a call from Lois and if you didn't like Blanque before, when he directly threatens Lois and Jon, you will downright despise him.  He tells Lois that him and Hank are coming over for dinner when... 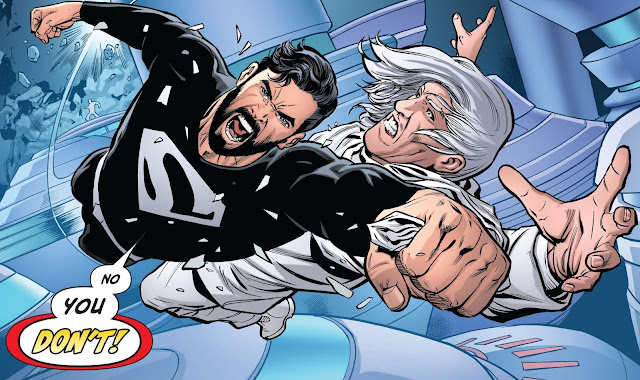 Clark comes out of nowhere and socks him right in the kisser.  It was so awesome that I almost yelled out loud.  It's a brief victory as Blanque shows he is an awesome threat by tossing Clark aside like a rag doll and then takes control of the Fortresses "toys".  However, while Clark is getting the crap kicked out of him by the hijacked Khund War Suit, the tables turn when Henshaw...saves Superman. Yep, it confuses him as well as the guy he thought would turn into the villain he knew on his Earth, becomes his hero.  Clark takes advantage of the situation and puts Blanque back in his cell.
I will tell you, after the buildup of Blanque, this fell a little flat.  However, it lead to a few panels that did a whole lot more than the space they take up would lead you to believe.  I don't want to spoil it, but it answered a question that I've had since the beginning of the series and makes Clark look like the hero we all know he is.

The issue ends with what has to be the next villain (he's going to be a badass), Superman proving his trust for Hank, Hank showing us that he has some major stones (or Stone) and the Aliens that haven't been that interesting yet, finally reaching Earth.  However, the biggest things are left for last...Lois tells Clark about running into Bruno Mannheim and a certain little boy may have discovered that his father is more than just his hero.  Oh boy, I can't wait until next issue!
Well, my love for this book continues and even if this issue is a whole lot of setup, it sets up the four major story lines for a collision course and I'm going to rubberneck the shit out of that pileup.  I can't wait and the best part is I'm not sure which part I want most.  The hell with it...just give me it all!
While Lee Weeks' art has been a humongous part of my love for this book, Neil Edwards does a great job not only maintaining the overall look that Weeks set up, but giving it a bit of personal flair as well.  I won't say that I liked it more, but it didn't kill me either and I appreciate not getting killed.
Bits and Pieces:
Dan Jurgens continues nailing it out of the park by giving fans a setup issue that is still better than any of "regular" Superman books on the shelf.  The story is about to become a fiery mess, but if the ending meant anything, Clark may not have to fight it alone.
8.5/10