No, I promise I did not TAKE him!! He came willingly! 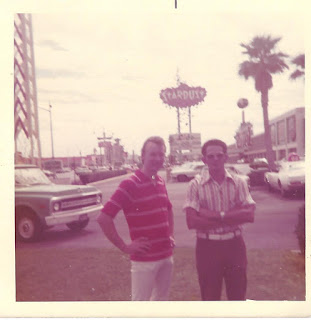 Here is a little clip from:

Chapter 10 - Forever Best Friends-Odis and Dalton
AGAINST ALL ODDS(We Found The Perfect Love)
Copyright ©2016 Suzie Tyler
Odis Tyler and Dalton Coleman met in 1969 while both guys were working the night shift at the Hot Spring Sentinel Record.  After spending time drinking coffee in the break room, they realized they had a common interest in vintage cars, race cars and Harleys!  They quickly became pals and formed a lasting friendship.

Learn How To Save Money And Time When…
MICRO BUSINESSES
Globe expands 5G Roaming services to …
What Causes Bed Bugs?
It’s Me – Chapter 12

He had been divorced for 3 and ½ years and had a “single guy lifestyle” of fun and games with his friend Dalton!  It may appear that I snatched him away from an unexciting doldrums life of ‘poor little single guy’ but let me tell you, he was having the time of his life with his friend traveling all over the place!  I had to do a Calgon ‘take him away’ moment!
Before the construction of the Interstate Highway System, Route 66 was the main transportation route west.  In the early ‘60’s a television show, “Route 66” followed two young men traversing the United States in a Chevrolet Corvette Convertible with the events and consequences surrounding their journeys.  The show starred a blonde guy (Martin Milner) and a dark haired guy (George Maharis).
Odis was a single dad.  Dalton was a single guy.  Odis spent Friday nights with his boys and on Saturday nights he had a boy’s night out with Dalton.
Just two single guys, Odis, with dark hair and Dalton, with blonde hair, living their own Route 66 story!    The two young friends plotted their own adventures in a classic red and white 1965 Stingray Corvette, traveling coast to coast.  Traveling and being free agents became their way to enjoy life.  They loved to travel, attend car shows and ride Harley’s. Their travels included Old Mexico, Las Vegas and many other interesting places.  Unlike the TV show, part of those experiences will probably not become a part of this story and the secrets of them will go to their grave!

No, I promise I did not TAKE him!! He came willingly!