While antidepressants are the most commonly used treatment for social Anxiety Disorder, new research suggests that talking therapies like cognitive behavioral therapy (CBT) are more effective and, unlike medication, can have lasting effects long after treatment has stopped.

Social anxiety disorder is a condition characterised by intense fear and avoidance of social situations and affects up to 13 percent of Americans and Europeans. Most people never receive treatment for the disorder. For those who do, medication is the more accessible treatment because there is a shortage of trained psychotherapists.

The findings of the study, a network meta-analysis that collected and analysed data from 101 clinical trials comparing multiple types of medication and talk therapy, are published online Sept. 26 in The Lancet Psychiatry.

“Social anxiety is more than just shyness,” says study leader Evan Mayo-Wilson, DPhil, a research scientist in the Department of Epidemiology at the Johns Hopkins Bloomberg School of Public Health. “People with this disorder can experience severe impairment, from shunning friendships to turning down promotions at work that would require increased social interaction. The good news from our study is that social anxiety is treatable. Now that we know what works best, we need to improve access to psychotherapy for those who are suffering.” 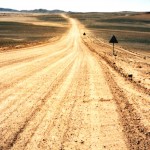 The research was a collaboration between the Johns Hopkins Bloomberg School of Public Health, Oxford University and University College London, where Mayo-Wilson formerly worked.

For the study, Mayo-Wilson and his colleagues analysed data from 13,164 participants in 101 clinical trials. The participants all had severe and longstanding social anxiety. Approximately 9,000 received medication or a placebo pill, and more than 4,000 received a psychological intervention. Few of the trials looked at combining medication with talk therapy, and there was no evidence that combined therapy was better than talk therapy alone.

The data compared several different types of talk therapy and found individual CBT was the most effective. CBT is a form of treatment that focuses on relationships between thoughts, feelings and behaviours. It helps people challenge irrational fears and overcome their avoidance of social situations, Mayo-Wilson says.

For people who don’t want talk therapy, or who lack access to it, the most commonly used antidepressants SSRIs are effective, the researchers found. But they caution that medication can be associated with serious adverse events, that it doesn’t work at all for many people and that improvements in symptoms do not last after people stop taking the pills.

The researchers acknowledge that medication remains important but say it should be used as a second-line therapy for people who do not respond to or do not want psychological therapy. The group’s analysis has already led to new treatment guidelines guidance in the United Kingdom and, Mayo-Wilson says, it could have a significant impact on policymaking and the organisation of care.

Social anxiety disorder typically begins in adolescence or early adulthood, and it can severely impair a person’s daily functioning by impeding the formation of relationships, by negatively affecting performance at work or school and by reducing overall quality of life. Because it strikes people at critical times in their social and educational development, social anxiety disorder can have important and lasting consequences.

The study was funded by the National Institute for Health and Care Excellence (NICE) in England and Wales.

Nigel Magowan uses an integrative approach to treating social anxiety disorder at his Manchester psychotherapy and counselling practice. He is a UKCP and BACP Registered Psychotherapist and counsellor, and has received additional training in cognitive behavioural therapy (CBT). He runs his own private counselling and psychotherapy practice in Chorlton, South Manchester, not far from Didsbury, Stockport, Salford and Altrincham.