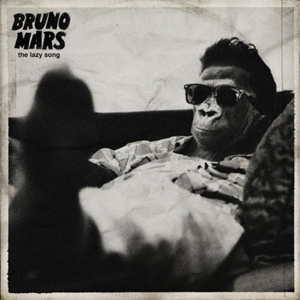 Starting today's blog commentary with a pleasant Painting by Bob Ross, Joy Of Painting fame, I usually watch this on a morning before I hit the road for work, he is a skilled guy I don't like painting but he makes it look easy, almost accessible which is the skill and allure of the program.

Have read through the papers today, not much going on. Was at the Vipers Ice Hockey match last night, and they won 4-3. There is a match tonight but don't know whether we will be going. D turned up which was a nice surprise, he left early I hope he enjoyed it. Admittedly it was not the most excellent of games, bit slow-paced. Ice Hockey is either your thing or it isn't really. I certainly enjoy it. Plus we always sit in the same place and you get the know the guys that sit near you. 2 blokes in particular we get along and have a laugh with during the game.

Read in the paper that Arsenal need to be in the Champions League every year to be able to pay off the new stadium. Are they crazy? Asking any club to qualify year after year is asking a lot. Although to get into the draw they only have to finish in the top 4 in the league and for Arsenal not to do that is almost unthinkable in the current game. Newcastle are struggling, reflected in the new Football Manager 2013 game which looks excellent, really immerse. New features which look a major improvement are the scouting options, the pre-match team-talks, feeder clubs and player interaction.

Am about to get ready and hit the bike with the iPod for a half hour or so. This will be the exercise for the day then I will ring Rob and sort out tonight, if he confirms he can play snooker I will not go to the hockey. Save a bit of cash for a change. Not particularly looking forward to work this week but considering the office search is now in full swing as we lost another premises because of commercial agents dithering and not returning calls we are looking elsewhere.

Won 2 out of 3 practice SNG's on Poka Academy. Wish I was that good in real life!

This post first appeared on The Noiseless Patient Spider, please read the originial post: here
People also like
Sunday transfer talk: Manchester United star says his name has been wrongly spelt for his entire soccer career whereas Conte says his gall bladder operation was successful .
Fallkniven F1X Elmax
Outdoor Sofa vs. Outdoor Sectional – What Is The Difference
Have you ever made love in front of other people?
30 Cheap & High ROI Home Renovations (And 5 Costly DIY Mistakes)
Home Workouts for Weight Loss