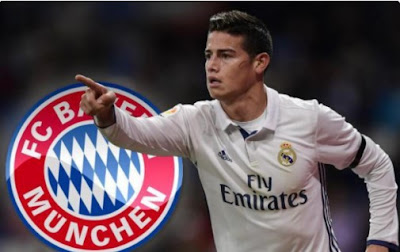 Bayern Munich got a little over-excited at landing James Rodriguez from Real Madrid and spelt his name wrong in a social media announcement.

After much speculation regarding his future, the Colombia international has taken the decision to open a new chapter in his career with the Bundesliga champions.

A move to Manchester United had been mooted at one stage, but Bayern have secured the 25-year-old on an initial two-year loan deal with the option to buy.


The German giants are delighted to have acquired the services of a much sought-after asset, but got slightly confused in their rush to reveal the deal. 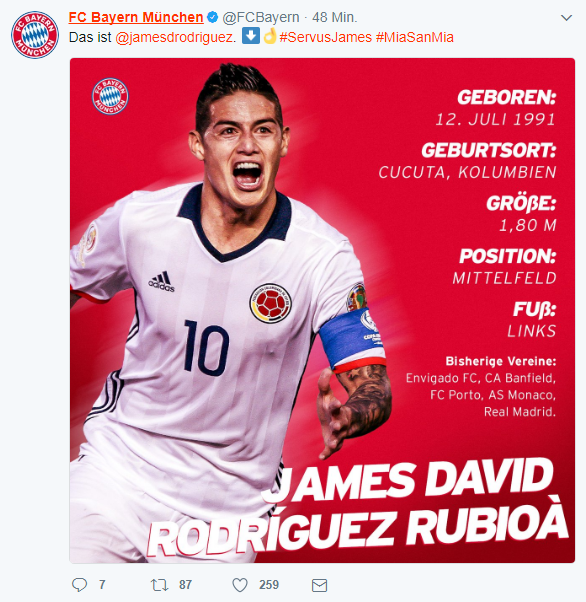 For some reason, Bayern decided to include a rogue ‘A’ at the end of James’ full name. They quickly spotted the error and pushed out an amended post. 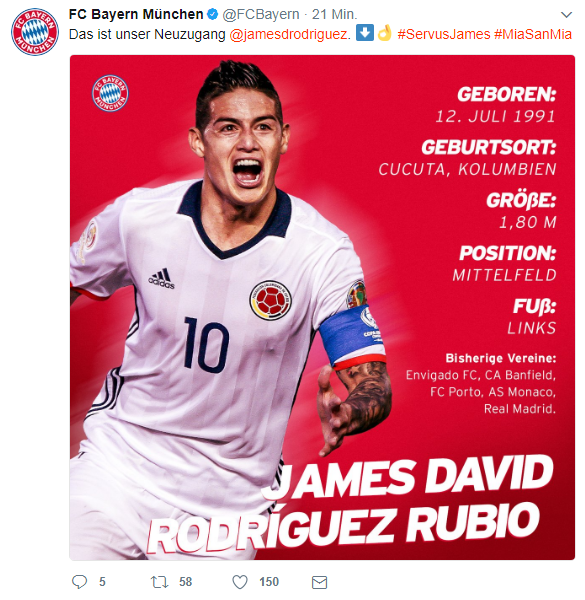 However they want to spell his name, James is now a Bayern player and will join an already star-studded squad at the Allianz Arena which will have its sight set on further domestic and European success in 2017-18.