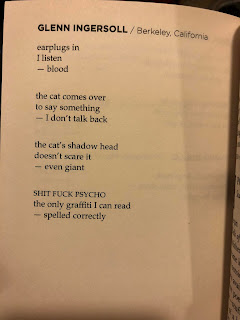 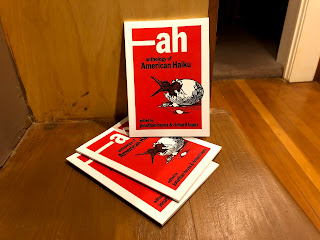 —ah: anthology of American Haiku, edited by Jonathan Hayes and Richard Lopez, published by Poems-for-All Press, San Diego, California, was originally printed in 2016 in a very small format, that is, it was about the size of a matchbook.

15% of Swans on River Avon are Fake s…
Cannabis Stocks are Hot on the Watchl…
$50 Million Stolen from Upbit
Content is King and a Multilingual Bl…
Remembrance Day, as Seen Through the …
I just received in the mail the second edition, the Mondo edition, so called because it is three or four times the size of the first, that is, about the dimensions of a postcard.
Fun that my Haiku get the last page, the last words, as it were.
Poems-for-All Press
If you want to write to editor Jonathan Hayes: [email protected]