Music to Make To: Tracy Chapman... 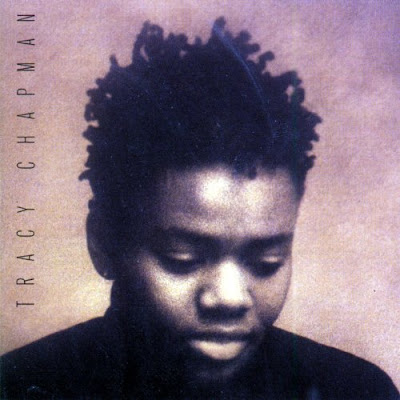 The first time that I heard music from this self-titled album, we were (coincidentally) driving in a fast car. Fast Car was playing on the radio and after it had finished, I was blown away.  "Who was that?"  I wasn't used to music with deep, social awareness being played on Pop radio.  Later, when I listened to the entire album, it continued to pull at my heart and mind.  Tracy Chapman addressed often hard to talk about topics: racism, classism, and sexuality.  Set to music though, sometimes catchy and sometimes starkly haunting, the message was smoothly conveyed and helped break down barriers.  Proof of this came years later while attending a concert.  The opening band (whose name I can no longer remember) played covers and one of them was, Fast Car.  The audience, mostly white and affluent, erupted into cheers at the opening cords and belted out the lyrics from memory.  It was truly remarkable to see an artist's talent, even filtered through another group of musicians, transport people.

Music to Make To: Tracy Chapman...