Afia Schwarzenegger's husband to be sent to Domestic Violence Court 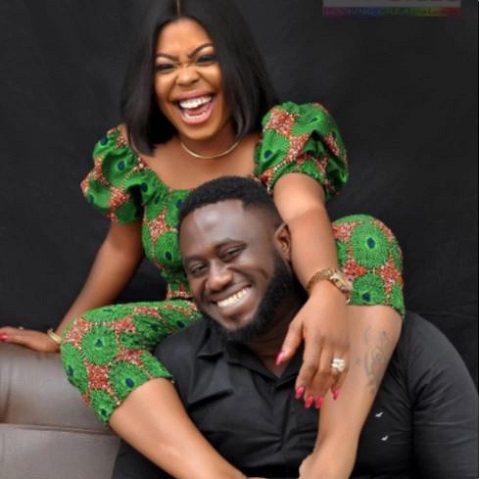 Yes, finally the sex scandal video of Afia Schwarzenegger has been leaked and it’s being watched more than 1 million times already across all social media platform.

Some people had the courage to post on their Facebook accounts and some have gotten their accounts blocked and the video removed but it’s still circulating on Whatsapp especially the groups on there.

We gather that, the incident was reported to the police on 30th August, 2017 by Afia Schwarzenegger and that was when Maurice Ampaw had to even come in but they didn’t pay heed to his advise.

As it is now, Afia Schwarznegger’s husband will be going to the Domestic Violence Court tomorrow, September 8 . He was charged with 2 charges.

It must be noted however that, Afia Schwarzenegger is still legally married to Mr. Lawrence Abrokwah as their marriage was by ordinance and she has not legally separated from him yet.

Family members and close sources say that, her family returned his drinks back to him in June and made it known to him that, she’s no longer married to him but a post made by Afia Schwarzenegger on August 9th, punched holes in that claim, friends and family members made.

In the said post, Afia bragged about how rich her husband is and also how envious other women are of her husband..

It’s also being reported that, just three weeks ago, she and her now estranged husband insulted Kiki Banson, making us wonder at what period she actually divorced from him, like some people want us to believe.

We will gather more updates on this, and keep you posted.

Afia Schwarzenegger's husband to be sent to Domestic Violence Court