US shares claw back ground and finish up on day 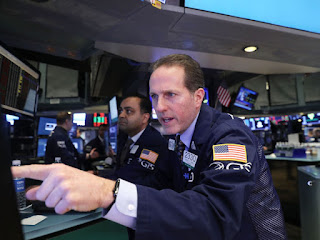 US stock markets swung rapidly on Tuesday, amid frantic Wall Street trading triggered by earlier losses.
Shares opened about 2% down, and shuttled between positive and negative territory throughout the day.


Investors are fretting over the prospect of rising interest rates, which push up borrowing costs for companies and consumers.


The gyrations followed steep declines on Wall Street on Monday, which sparked a sell-off in Asia and Europe.

Sex Tips for Men: How to Be Better in…
How to Declutter and Live in a Clean …
Types of Bathroom Taps for your Home
Cat Coronavirus Diary – Day 14
Woodland Gardens Caravan & Camping

US shares claw back ground and finish up on day