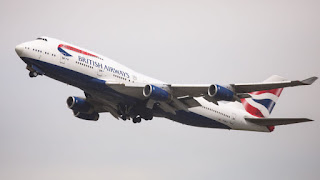 A British Airways Pilot Suspected of being drunk was arrested at Gatwick airport on Thursday evening, it has emerged.
Sussex Police said they were called to the airport at 8.25pm on Thursday after the pilot of the international flight "was suspected to have been under the influence of alcohol".
The flight, from Gatwick to Mauritius, was scheduled to leave at 8.20pm on Thursday, but it was delayed at the gate as officers boarded the plane and removed the pilot.


The incident delayed the flight's departure by over two hours.


Police said a 49-year-old man from Harmondsworth, Hillingdon, was "arrested on suspicion of performing an aviation function while his alcohol level was over the prescribed limit".
He was taken into custody and later released under investigation on Friday.


British Airways said it was taking the matter "extremely seriously" and is assisting police with their inquiries.