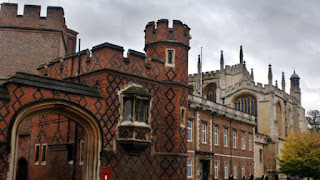 A Labour government would impose VAT on private School fees to pay for free meals for all primary school pupils in England, Jeremy Corbyn is to announce.
The Labour leader will say on Thursday the policy would boost the health and educational attainment of all children while ending a "subsidy to the privileged few".


The announcement comes as Mr Corbyn attempts to distance himself from the controversy surrounding Ken Livingstone, who is facing a fresh Labour probe over his claims Adolf Hitler supported Zionism in the 1930s.


At a launch event in Lancashire, Mr Corbyn will highlight research which shows that universal access to free school meals improves pupils' productivity.


The Labour leader will say: "No child in the UK should go hungry at school.


"By charging VAT on private school fees, Labour will make sure all primary school children, no matter what their background, get a healthy meal at school.


"The next Labour government will provide all primary school children with a free school meal, invest in our schools, and make sure no child is held back because of their background."


Children in reception, year one and year two already get free school meals and Labour says extending the scheme to all primary school pupils is estimated to cost between £700m to £900m a year.


The party said that in 2010 the Fabian Society estimated that introducing VAT on private school fees could raise around £1.5bn annually.
Mr Corbyn will be joined by shadow education secretary Angela Rayner, who will say the Government is "threatening the health and futures of all our children by denying children the basic right of a healthy lunch at school".


"By investing in our education system and providing free school meals for every primary school child, we will remove the stigma attached to free school meals, and improve health and attainment for all children," she will add.


However, Lorraine Dearden, who co-authored the IFS report on which the policy is part based, told the Radio 4 Today programme that the report was limited to two very disadvantage areas and that more work would need to be done before you could say it should be rolled out across the country.


The Independent Schools Council (ISC), representing private schools, said Labour's proposals did not add up and would force some smaller schools to close.


ISC general secretary Julie Robinson said: "A third of pupils at our schools are on reduced fees and are from families where both parents work hard to pay the fees.


A Conservative spokesman dismissed the plan, saying Labour would "wreck the economy if they ever got back into government - meaning there would be less money to spend on our schools, not more".


He added: "Their economic incompetence means this promise isn't worth the paper it's written on."


This post first appeared on Quest Times, please read the originial post: here
People also like
5 steps to creating an effective content operations workflow
Man United's American suitors Apollo are accused of financial connections to Putin's wealth fund
6 Brainy Ways to Proceed When You Owe IRS Back Taxes
5 helpful hacks to surviving the summer holidays and getting your kids Back To School ready!
Xiaomi Opens its First Authorized Store in Nigeria