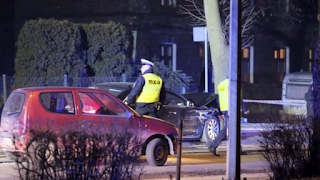 Polish PM Beata Szydlo has suffered minor injuries in a Car Accident in the south of the country, officials say.
They say Ms Szydlo was travelling in a government convoy when a private Fiat drove into her limousine, causing it to hit a tree in the town of Oswiecim.


The 53-year-old leader is in "good condition", but she is being flown to Warsaw for checks, officials say.


In November, Ms Szydlo's motorcade was involved in an accident in Israel. She was not injured.


Polish President Andrzej Duda and Defence Minister Antoni Macierewicz have also been involved in recent car accidents, though without injury.
In Friday's crash, the limousine's driver and an officer from the Government Protection Office (BOR) were also injured.


A police investigation is now under way. 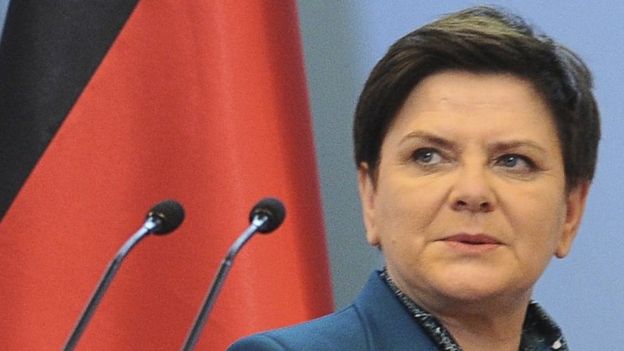