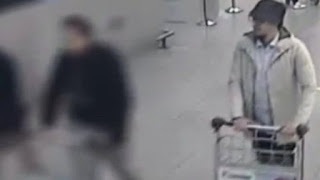 Brussels airport attack suspect Mohamed Abrini has been placed under formal investigation in France over the 2015 Paris terror attacks, his lawyers say.
Mohamed Abrini, dubbed the "man in the hat" after being filmed with the bombers who attacked Brussels airport last March, was handed over to French authorities for a day so he could be charged.


He was arrested last April in Brussels.


Mohamed Abrini was spotted in a car with key Paris suspect Salah Abdeslam when it stopped at a petrol station in Ressons two days before the attacks on the French capital. 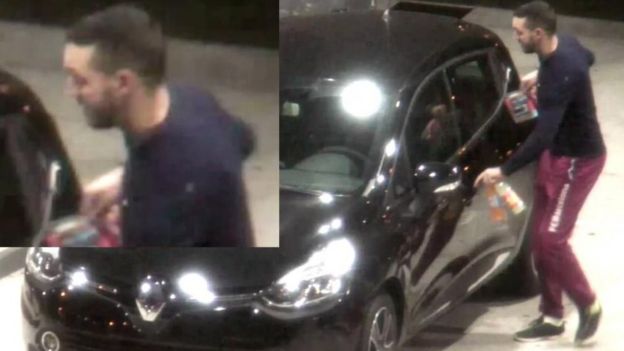 Mohamed Abrini was spotted driving the Renault Clio to Paris

His fingerprints and DNA were found in two "safe houses" in Brussels, as well as in a car used during the Paris attacks.


Following his arrest, he also admitted picking up Salah Abdeslam after the attacks and driving him back to Belgium.


Mohamed Abrini was driven to Paris from Belgium in a heavily armed convoy so the case against him could be formally launched, BFMTV reported.


He was not asked any questions during his court appearance in front of six judges, his lawyer Emmanuel Pierrat said in a statement.


However, Mr Pierrat said Mohamed Abrini was in Belgium when the attacks in Paris were carried out on 13 November 2015.


He also said the fact that his client was being investigated in both France and Belgium over the Paris attacks could lead to legal complications.


Mohamed Abrini is also under investigation in Belgium over the bomb attack on Brussels Zaventem Airport last March, which along with an attack on a metro station in the city killed 32 people.


Both the Paris and Brussels attacks were claimed by the so-called Islamic State group.