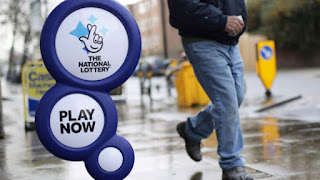 
Camelot said it believes "around 26,500 players' accounts were accessed", but fewer than 50 have had activity take place since the hack.


The Information Commissioner's Office has launched an investigation into the hack.


"Camelot submitted a breach report to us last night which we have reviewed. We will be talking to Camelot today," a spokesman for the watchdog said.


"The Data Protection Act requires organisations to do all they can to keep personal data secure - that includes protecting it from cyber attacks. Where we find this has not happened, we can take action.


"Organisations should be reminded that cyber security is a matter for the boardroom, not just the IT department."


Camelot earlier said in a statement: "We are currently taking all the necessary steps to fully understand what has happened, but we believe that the email address and password used on the National Lottery website may have been stolen from another website where affected players use the same details.


"We do not hold full debit card or bank account details in National Lottery players' online accounts and no money has been taken or deposited."
The lottery organiser said it is contacting those players involved and helping them "re-activate their accounts security".


Camelot also said it has put a change of password in place for all the 26,500 players whose accounts were accessed and is contacting them so they can reset their own password.


The operator said it also wanted to make clear that there had been no unauthorised access to core National Lottery systems or any of its databases, which would affect draws or payment of prizes.


The statement continued: "We'd like to reassure our customers that protecting their personal data is of the utmost importance to us.


"We are very sorry for any inconvenience this may cause to our players and would like to encourage those with any concerns to contact us directly, so we can discuss it with them in more detail."


Nigel McKee, from Randalstown in County Antrim, was informed that his account was one of those hacked.


The 21-year-old, who said he was thinking of cancelling his account, said: "It would make me more inclined to do it in store with cash. I'll probably just cancel it altogether."


The latest hack follows online breaches affecting Tesco, Yahoo and TalkTalk, among others, within the past two years.