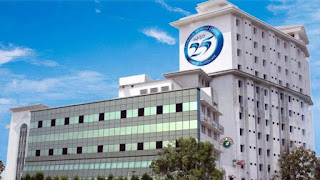 A Hospital in the southern Indian state of Kerala has been fined 2.5m rupees ($36,890) after a mix-up involving two dead bodies meant for cremation.
When the daughters of the late Mr Purushothaman turned up to collect his Body, they were given the remains of another man - AP Kanthy.


But the Ernakulam Medical Centre insisted it was the right person.


It later emerged that their father's body had already been released to Mr Kanthy's family and cremated.


Both men had died within the same 24-hour period.
The women had been caused "mental agony" over not being able to cremate their father, a consumer court said.


It dismissed the hospital's claim that the other family was to blame. Mr Kanthy's body was released to his family, who held a second cremation ceremony, this time with the right body.


The incident occurred in early January 2010. Mr Purushothaman died in late December and his daughters had asked the hospital to hold their father's body for two days as they were out of town.


The women had asked for damages of 10 million rupees but the judge said a sum of 2.5m rupees was "reasonable".