Looking for news about the winter Anime season, 2017? Don’t worry Anime Browser and AnimeLap has got you covered! 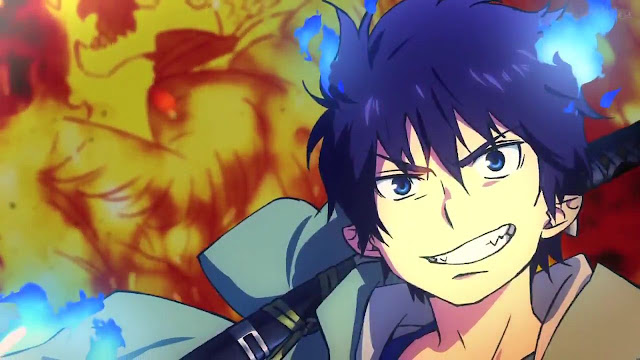 hello guys, here is my New Video about Top Upcoming New Anime of Winter Season  2017!! So Now you can Browse the best upcoming anime in winter  season.  And Add favorites to your personal anime list to watch later. 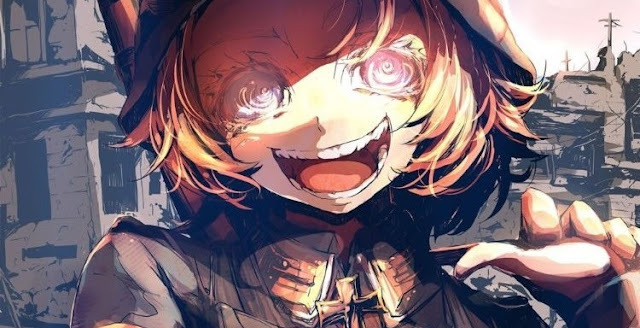 These are the next animes that are slated to be released this upcoming winter 2017 I think you have already heard about some great animes which will make their comeback  in 2017, such as Ao No Exorcist 2017 , Kono subarashii sekai ni shukufuku wo season 2,  and Tales of Zestira 2017. 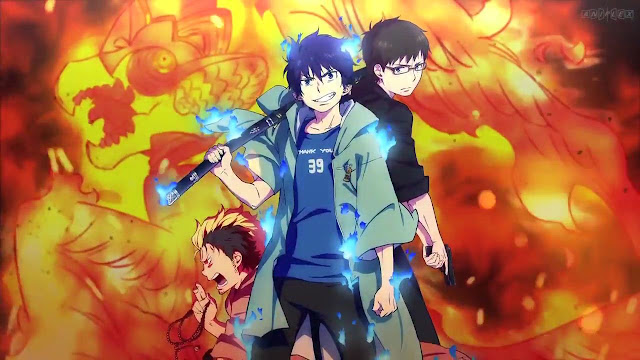 but you should know that there are so many Brand New Anime that You Need to Watch This Winter too, specialy when you will know the great Japanese Anime Studios that are behind The Work such as: Madhouse who is taking over Acca, Youjo Senki by Studio TBD, and Akiba's Trip: The Animation By Studio: Gonzo.

So without no further addo  let’s watch the video ⇩⇩⇩

Akiba's Trip: The Animation
The Akiba's Trip games take place in a reproduction of Tokyo's Akihabara district, where the player must fight vampires by tearing off their clothes and exposing them to the sunlight.

Masamune-kun no Revenge
As an overweight child, Makabe Masamune was mercilessly teased and bullied by one particular girl, Adagaki Aki. Determined to one day exact his revenge upon her, Makabe begins a rigorous regimen of self-improvement and personal transformation.
Years later, Masamune re-emerges as a new man. Handsome, popular, with perfect grades and good at sports, Masamune-kun transfers to Aki's school, and is unrecognizable to her. Now, Masamune-kun is ready to confront the girl who bullied him so many years ago and humiliate her at last. But will revenge be as sweet as he thought?
Kuzu no Honkai
Awaya Mugi and Yasuraoka Hanabi appear to be the ideal couple. They are both pretty popular, and they seem to suit each other well. However, outsiders don't know of the secret they share. Both Mugi and Hanabi have hopeless crushes on someone else, and they are only dating each other to soothe their loneliness. Mugi is in love with Minagawa Akane, a young teacher who used to be his home tutor. Hanabi is also in love with a teacher, a young man who has been a family friend since she was little. In each other, they find a place where they can grieve for the ones they cannot have, and they share a loneliness-driven physical intimacy. Will things stay like this for them forever?

Rewrite / 2nd Season Moon-Hen/Terra-Hen
Second season of Rewrite. It will cover the Moon and Terra routes of the original game.

ēlDLIVE
Chuuta Kokonose For as long as he can remember he's had a voice in his head, but other than that he's a normal boy - right until the day when a strangely-looking thing follows him home and teleports him to a place filled with more fantastic creatures. It's a space police station. Chuuta, who was shocked at first, decides to take aptitude test after being urged by the voice in his head and to prove Misuzu wrong.

Chaos;Child
In the psycho-suspense story, after a magnitude-7.8 earthquake hits Tokyo's Shibuya ward on November 6, 2009, a black fire spreads and causes mass panic on the day of the earthquake. The sudden disaster that becomes known as the "Shibuya Earthquake" kills 3,851 people and injures 30,927 more. The game is set in a reconstructed Shibuya district in October 2015. A string of mysterious deaths occurs in Shibuya amidst the reconstruction. People begin to take notice as the strange events start on the same day that chaos broke out in Shibuya with a certain incident five years earlier. The events are called the "Return of the New Generation Madness."
Granblue Fantasy
No Synopsis is available for this Anime

ACCA Jusan-Ku Kansatsu-Ka
The kingdom of Dowa, is celebrating its monarch's 99th birthday. the thirteen states have many agencies that are controlled by the giant organization known as ACCA. Within ACCA, Jean Otis is the second-in-command of the inspection agency. His agency has 10 people placed in each of the 13 states, with a central office in the capital city. They keep track of all the activities of ACCA across the kingdom, and keep data on each state's ACCA office flowing towards the central office. Jin also often has business trips from the capital to the other districts, to check on the situation and personnel there.

Hand Shakers
The anime takes place in Osaka in "AD20XX," and revolves around the Hand Shakers — partners who can summon "Nimrodes," weapons born from their deep psyche by joining hands. In order to grant the pair's wish, the Hand Shakers compete with and fight other Hand Shaker pairs. The chosen ones, their souls linked, join hand and hand for the Ziggurat where the fighting shall ensue."
Yowamushi Pedal: NEW GENERATION
Sakamichi Onoda had been riding his commuter bicycle 90-kilometers to and from Tokyo’s otaku hot spot, Akihabara after school. Upon entering high school, he tried to join the anime research club, after meeting Imaizumi Shunsuke, a renowned cyclist since middle school, and Naruko Shoukichi, who swept the Kansai cycling championship, he ended up joining the competitive cycling club. All kinds of trials and rigorous training awaited Onoda, but with the support of his many friends and upperclassmen, the talented road racer inside him began to awaken!


Tales of Zestiria: The X (2017)
Sorey is a human youth who grew up among the “seraphim” (tenzoku), spiritual beings not visible to humans.
Sorey believes in the folklore that says “long ago, every human was able to see the seraphim” and dreams of unraveling the ancient mystery to make the world a place where people and seraphim can live together in peace. One day, Sorey visits the human capital for the very first time. He becomes embroiled in an incident during which he pulls out a holy sword imbedded in a rock and ends up becoming a “Shepherd,” one who casts away calamity from the world. He begins to realize the gravity of his mission, and his dream of coexistence between mankind and the seraphim becomes more intense— And thus, the Shepherd embarks on an amazing journey with his companions.
Fate/Grand Order: First Order
The Anime revolves around the Holy Grails throughout history and what is referred to as "the greatest Holy Grail War".  The apparent cause of the extinction was in the Japanese city of Fuyuki in 2004. In that city, there was an "unobservable realm" which had never existed until now.
Caldea issued the Grand Order for a "Holy Grail Expedition," to investigate, uncover, and possibly destroy the singularity that apparently will cause the extinction of humanity.
Youjo Senki
Tanya is a young girl in a war, she flies and mercilessly strikes down her opponents, and she commands the army. Tanya used to be one of Japan's elite office workers, but because of an accident she was reborn as a little girl. Tanya prioritizes optimization and career advancement above all, and she will become the most dangerous entity among the Imperial  army

KonoSuba – God’s blessing on this wonderful world!! 2
Kazuma died when performing his one and only heroic act of his life, in the afterlife he met a girl named Aqua who offers him a choice to get sent to a another world to defeat the Demon King.of course he accepted to start a new life and now he is allowed the chose one thing to take with him. After puzzling over it, he chooses...Aqua?

Blue Exorcist (2017)
Rin Okumura kept the fact that he was Satan’s offspring a secret from everyone and decided to become an exorcist. He began his training at True Cross Academy but following the incidents involving Amaimon’s raid, his lineage became apparent. Fearing his true nature and the blue flames marking his connection to Gehenna, Rin’s classmates all distanced themselves from him. Meanwhile, the academy was on high alert when they realized that the “Left Eye of the Impure King” had been stolen! What lies ahead for Rin and his classmates?

Short Happiness Quotes From Famous an…
The List of Must-Have Accessories for…
Crunchyroll – How to Watch Anime Onli…
Top 12 Best Manga Websites Like Manga…
Plántate conmigo: una invitación a un…

How To Grow Carnation Flowers

Yung Swiss – Prison for the Mind