Tags: mysterious stranger flash mysterious
May 30th 2017
View original
In the month of May, 2017, Tom King, Jason Fabok, Joshua Williamson, and Howard Porter, each decided to sit down and collectively sow a button onto a brightly colored uniform. Unfortunately the button in question was made out of anti-matter and it ended up destroying part of the universe. Still, never mind. At least they're great at creating comic books, like the following two published by DC Comics.
TO QUOTE Russel Honore: 'When you form a team, you have to ask yourself, why do you want to form a team? Because teamwork builds trust and trust builds speed'.
THE REVIEW:
I'd say there are a couple of things you need to know before you start reading part three of 'The Button'. Now, as the title suggests, most of this multi-part cross-over is focused on a Mysterious button which appeared at the tail end of Rebirth. Indirectly this item has led to the strange appearance and sudden death of Eobard Thawne, a.k.a. The Reverse Flash, and this has prompted our two heroes to travel through time (on the cosmic treadmill) so they can investigate matters further. Eventually both Batman and The Flash find themselves on a parallel world we all know as the Flashpoint Universe, only to end up coming face-to-face with this earth's version of Thomas Wayne, a.k.a. Batman Mark Two, just prior to him being attacked by an army of goons belonging to Aquaman and Wonder Woman. And if you don't think that's bad enough, worst still, the cosmic treadmill has also been destroyed, and the Flash will need at least a minute to put it back together again. 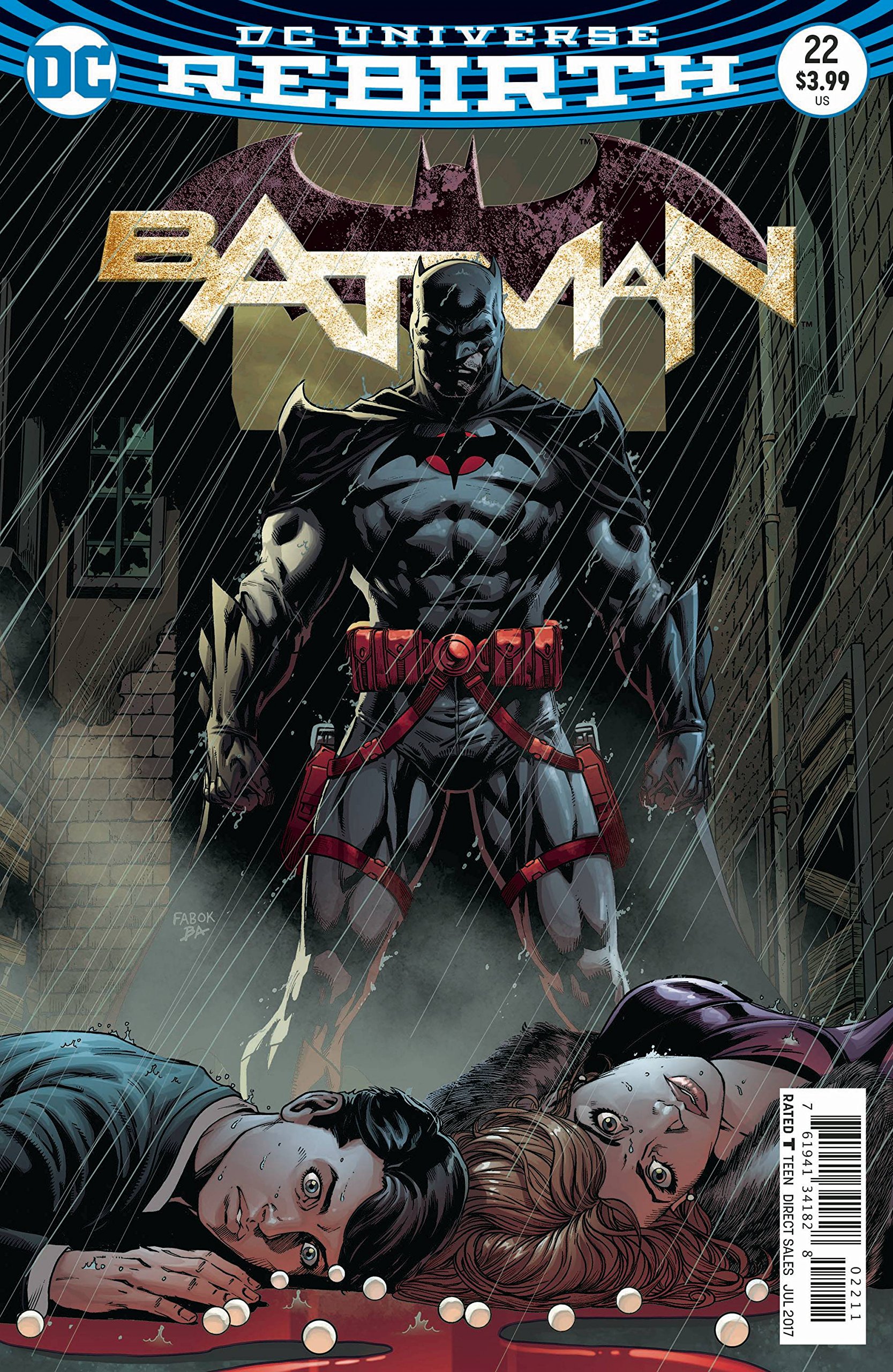 But can he do this in time? Keeping in mind that Batman hasn't seen his old man since he died all those years ago!
So yeah, that's what you basically need to know about part three of 'The Button' (which took place in the pages of Batman #22). Essentially our heroes follow a trail earmarked by a mysterious artifact, stuff happens, bam-bam-bam, as they then move on to whatever else happens next.
However, at this stage of the story (which takes place in issue #22 of The Flash), also known as the forth and final part of 'The Button', the overreaching narrative then steps up a gear by presenting us with a final resolution. You see, after the emotional events seen in the previous episode, Batmanand The Flash once again jump into the time stream and bump into the man we all presumed was dead at the end of the first chapter, Eobard Thawne.

Although, technically speaking, I suppose he still is dead, as the Thawne they meet is the Thawne who stole the button prior to him getting killed.

Anyway, as I was saying, as soon as they see him, the cosmic treadmill they're running on starts to fall apart, and... and... and... oh! Wait a minute! I just realized something. If I continue explaining to you how this issue unfolds, I'll end up spoiling how it's going to end! And we don't want that to happen, do we? But I might as well try to say something, something along the lines that most of the characters mentioned end up meeting a number of new ones. For instance, Thawne finally meets his maker, while Batman and the Flash finally meet, coff-coff, a mysterious stranger who manages to save them from the time-stream!

And who is that exactly? Look at this issues cover and see for yourself. Then once you've done that, please come back here and check out the following questions which spill out of this concluding chapter. After all, it would be rude not to. 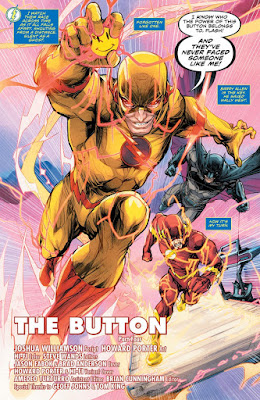 Yeah! That certainly is a lot of questions which need answering, isn't it? And on some level I suppose that is precisely what this 'Button' story-line is all about. It's a tease, a very nice tease, which graciously leads us down the garden path. But the problem is, when we get to the end of it and try to take in what it has presented us with, all in all I think it's pretty hard for us to say what we thought about it in its entirety!

Well, as much as I enjoyed the two main 'emotional kicks' each story was able to put across, particularly those scenes between Bruce and his Dad, as well as Barry and his, coff-coff, savior, apart from that, not a lot of stuff happens in terms of plot. Part 3 was an interlude with some melodramatic overtones, as opposed to part 4, which was a quick and shocking resolution to the overall tale.
A similar thing can also be said about the artwork provided by Jason Fabok and Howard Porter. Even though I did enjoy following the artwork both artists drew, aesthetically I preferred Jason's work more than Howard's work, simply because I felt his bold illustrations were more consistent on the page.
Now please don't get me wrong. This isn't me saying that I didn't enjoy this four issue story-line. If anything, I did enjoy reading it for the team-up alone, and I must say, I got a right buzz when that Mysterious Stranger made his sudden appearance. Yet, in the same breath, I felt that the overall story was pretty vague in places while being too elusive in others, and on the whole it didn't tell a complete adventure, but rather, alluded to another one in the future.
Wink-Wink!
THE MUSIC:
I think I'm going to go really obvious for this month's musical match-up, folks. So obvious in fact, that the title of this song is partly in the title of this cross-over event. So without any further ado, here's 'Push the Button' by the Sugababes! 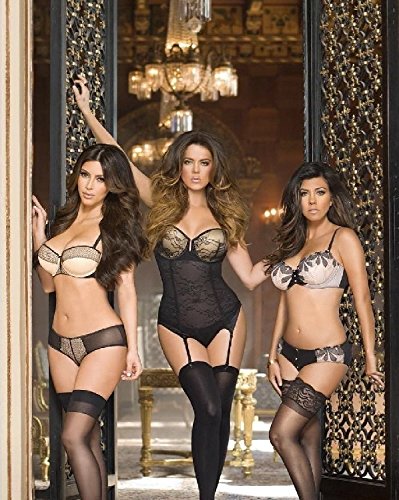 THE COMPARISON:
In essence these two issues were brief, shocking, teasing, and very pleasing to follow. So, if you think about it in those terms, how could I not compare them to any one of the Kardashian's?
After all, they do look good in their briefs.
THE CONCLUSION:
Some of you might have gathered that I've had a hard time not revealing to you who that mysterious stranger is. I'm not sure why though, as by now I'm pretty certain most of you know who it is (have you seen the cover?), even though you can most probably understand why I don't want to give too much away. That said, however, at the end of issue 22 of the Flash, Barry says that someone else maybe the key to saving this mysterious person from their confinement. So, for the sake of consistency, can you guess who this someone else might be out of the following eight options? Could it be...
Nuff said.