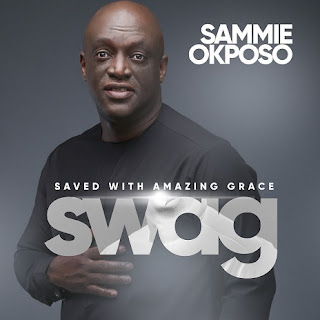 The SWAG buzz is still on! Still reveling from the Album launch concert which held at David’s Christian Center, Amuwo Odofin, but not resting on his oars, Sammie Okposo has announced the release of the 'SWAG' album on all online stores.
You can now get the 'Saved with Amazing Grace' (S.W.A.G) album on Boomplay Music and other major online selling platform.

The album has already garnered 41,000 streams on BoomPlay Music since it's release on the platform few days ago.

The album launch/DVD recording concert featured many of Nigeria’s finest Gospel music ministers such as Frank Edwards, Joe Praize, Mike Abdul, Nosa, Nikki Laoye, Enkay and lots more.
The event was hosted by Ccioma and Forever, it was truly a star studded and well attended event as people from all around the FESTAC area and beyond stormed the venue for a time of refreshing and worship.
Cop album below:
The 'Saved with Amazing Grace' (SWAG) album is distributed in Nigeria by Johnwealth Music.


This post first appeared on Welcome To PraiseCamp ©, please read the originial post: here
People also like
Coventry, from 2 Tone Ghost Town to City of Culture
A Guide to Camping Clothing
Monsters, music and faded glamour: Crystal Palace Park, south London
Getting A Business Administration Degree: What Are The Requirements?
Music Profile: Crissi Cochrane - Soul Singer Songwriter - Ontario, Canada | SRL Networks London Music PR
“The Friend Who May Not Seem a Friend” – The Cat and the Fire, Post 2 of 3
Short Happiness Quotes From Famous and Unknown People
Pampanga, Batangas, Laguna and parts of Cavite now 4G LTE ready
Obsessed with Music From Our Younger Years (The Conversation)