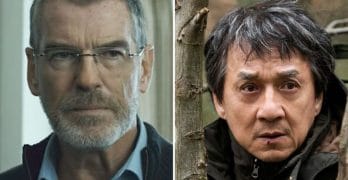 The book that Jackie Chan Movie The Foreigner is based on was called The Chinaman, but producers changed the title for obvious reasons. While using the phrase “Chinaman” was relatively common when Stephen Leather wrote the thriller back in 1992, it’s now widely regarded as offensive due to the derogatory contexts in which it has often been used. However, in an exclusive interview with Monsters and Critics director Martin Campbell revealed he did decide to include the term in the film. One scene sees Pierce Brosnan’s character Liam Hennessy use it to refer to Jackie Chan’s character Quan Ngoc Minh. Asked if...read more


This post first appeared on Monsters And Critics, please read the originial post: here
People also like
Easy Pet Rocks Craft Idea For Kids
The Potential of Smart Contracts in Healthcare
Booty Bay Slot from Push Gaming
Sony To Announce New PS Plus Video Pass Service – Free Movies and TV Shows For PS Plus Members
A Furry’s Guide to Cryptocurrency
Paul Oz Takes Oil Painting Into the 21st Century
Five Fantastic Films Featuring Blackjack
“The Friend Who May Not Seem a Friend” – The Cat and the Fire, Post 2 of 3
6 Interesting Places To Hold Your Next Corporate Function
What Causes Bed Bugs?
Self Motivation: How to Keep Moving Forward In Your Career or Business
Capture Attention and Drive Traffic with Catchy Headlines: 7 Ideas for Blog Titles