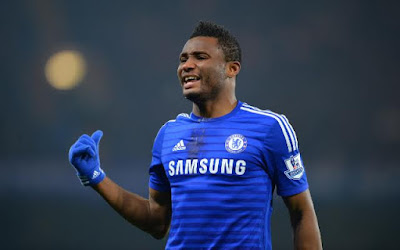 Sports news has  it that the Nigerian sticker John Obi Mikel has been sent an emotional farewell message from Nazar, a Chelsea supporter from Ukraine.


Sports as the Super Eagles captain is set to leave Stamford Bridge in the January transfer window and is on the verge of signing for Chinese Super League side, Tianjin TEDA .

Mikel Obi, who has spent 11 years with the Blues, will leave as a free agent, despite his current deal running out in the summer.

It has however not stopped a Ukrainian fan sending a message, praising the 29-year-old’s contribution to Chelsea’s successes in the past and wishing him the best for the future.

He tweeted the letter, which Mikel Obi acknowledged by responding: “Thanks for the love @CFCLive_vk #BlueIsTheColour. 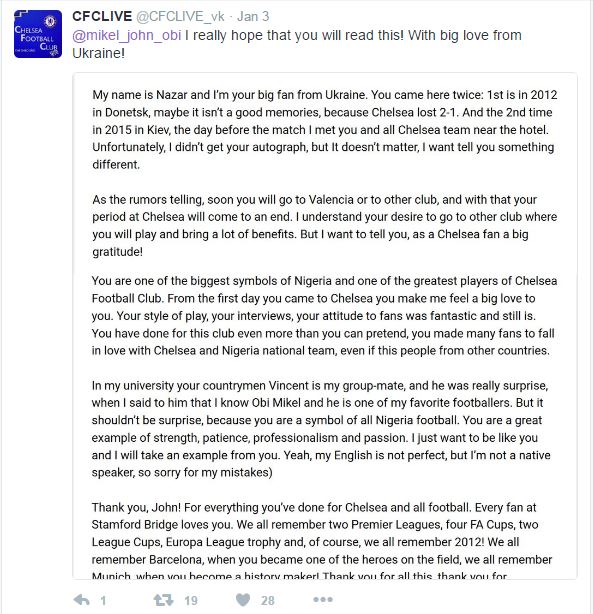 Signs That You’re In A Healthy Love R…
TSPSC RIMC Syllabus & Exam Pattern 20…
A Comparison of the Environmental Imp…
CBD 2020: What to Expect + Our Top Pr…
What Marathon Running and Successful …