A Connoisseurs List To the Top 3 Bestselling Omega Watches

Omega, a name that evokes a feeling of exclusivity and desire. A name that has been associated with luxury since time immemorial; a brand that defines style beyond ages. The first watch to have traveled to the heavens and back when NASA’s astronauts wore it the moon in 1969; a brand so powerful that even 007 has consistently made it a part of his missions since 1995. Some of the most influential individuals like John F. Kennedy, Buzz Aldrin and Prince William have been proud owners of an Omega and not only that, even Britain’s royal flying corps and the American Army have both chosen Omega as their official timekeepers at some point in history. This is a brand that is going down the annals of time as one of the most influential luxury watchmakers in the world. 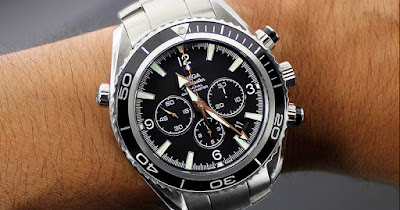 The brand has a top-shelf lineup of premium designs but there are some which have been the bestsellers. In this article, we are going to look at some timepieces which have made it on to this connoisseur’s list.

This timepiece by Omega is a masterpiece that has been extensively used in space missions A.K.A ‘The Watch That’s Traveled to the Heavens and Back’ making it #1 on this list due to its sheer soul that is capable of withstanding even the most hostile conditions. Where other watches disintegrate; the Speedmaster doesn’t even flinch.

If you have always wanted to own a watch that is going down the history books as a legend, then this watch is for you. As hard as it is at its core; the watch is beautiful to look at. The fine and polished body is sure to make people take notice and boost your confidence to the next level.

This luxury timepiece has been specially designed for aquatic and other outdoor activities which demand a watch that is tough yet comfortable. The OMEGA MEN’S 2225.80 SEAMASTER has been worn by the famed 007 and has an aura of mystery around it. The classic look of this watch has been evergreen in the fashion circuit and unlikely ever to go out of fashion.

Omega is known for making tough watches but they are equally particular when it comes to aesthetics. The watch can be worn irrespective of whether you are going out for hiking or meeting people at a social gathering; the Seamaster has you covered.

If the agent just can’t have enough of it, then surely it has to be classic right? The SEAMASTER 007 JAMES BOND 50TH ANNIVERSARY (LIMITED EDITION) MEN’S WATCH 212.30.41.20.01.005 is a limited edition timepiece renowned for its impressive looks and listed among the most exquisite watches money can buy. This watch is an example of craftsmanship with a balance between practicality and design which makes it a must have for any collector.

A trendy and classic piece; this watch is powered by the movement of your arm. Sounds Interesting doesn’t it? The scratch resistant design and the inspiring orange and black combination give the watch an aggressive look while the stainless steel body makes it one of the most durable luxury watches in the market. If you want an aggressive looking watch which is also one of the best when it comes to overall comfort and style; the Seamaster Planet is the watch for you.

Omega watches are one of the most eloquently designed watches on the planet making them the envy of every other watchmaking company in the world. The feats achieved by Omega as a luxury watchmaker brand is unsurpassable by any other brand out there. If you love collecting watches, then these 3 watches should definitely be in your collection, If you in India and would like to own a piece of time itself, these exclusive watches can be easily found at reputed retailers like Zimson or you can buy these Omega Watches online as well.

Time waits for none and neither do exclusivity; therefore, it would only be fair to say that if you are a connoisseur of luxury watches; owning an Omega should be at the top of your wish list!

Sixth Annual CoinAgenda Global Adds I…
15 Steps of On Page SEO Optimization …
Fix Your Look! Men’s Fashion Trends i…
Fantasia 2019 – Sator (2019) Review
How much can you get paid for YouTube…

A Connoisseurs List To the Top 3 Bestselling Omega Watches