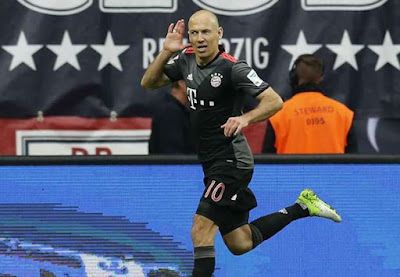 “It was a very open game, just like we expected.

“Leipzig started strongly, but we were the better team towards the end. There was some very attacking Football. We could have done better defensively.”
Leipzig have been the surprise package this season and will finish second despite the loss after Borussia Dortmund could only draw with Augsburg.
And Ancelotti expects Ralph Hasenhuttl’s men, who were only promoted last season, to be just as competitive next season.
“Leipzig have been a fantastic rival this season,” he added.
“They have played surprisingly well. But it is just the start of a great era for them. They have some young players and are very motivated.
“They are playing Champions League football next term and that will be a great experience.
“Both teams have achieved their goal this Bundesliga season.”
Also Read; Download Fast and Furious 8 (fast 8) 2017 Free HD CAM