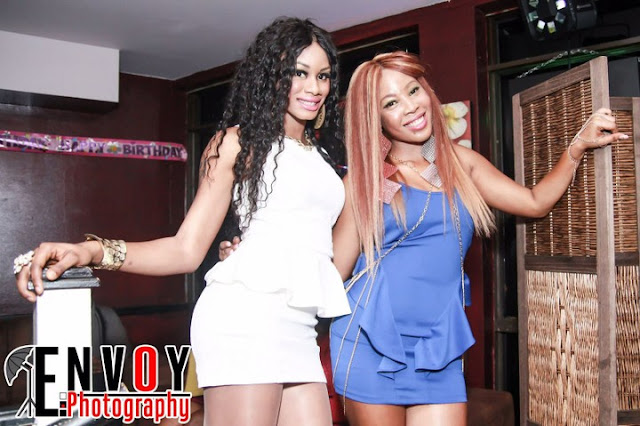 A ONCE close friend of Stephanie Otobo, Miss Yvonne Ogiamien has revealed the character behind Miss Stephanie Otobo, the canadian-based singer who has been dragging and blackmailing Apostle Johnson Suleiman, President of Omega Fire Ministries Worldwide to filth with claims of romance and infidelity.
In a telephone chat with Journalists, Yvonne spoke about some intimate secrets of Stephanie, her life in Sapele before she relocated to Canada.
Meanwhile, in a new video that has gone viral on the social media, four ladies claiming to be close friends of Stephanie Otobo, claimed that Otobo’s allegations are all lies and that she was known for her fake and indecent lifestyle..
Excerpts as reported by NAIJ.com 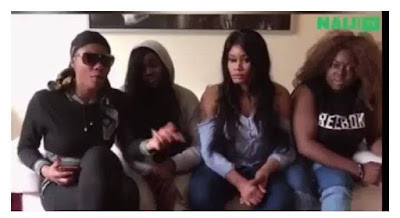 How long have you known Stephanie?
We were childhood friends but I travelled to Canada after I got married about 10 years ago but she came in here few years back.
How close are you two?
We were close enough that sometimes she stays over with my family here in Toronto. 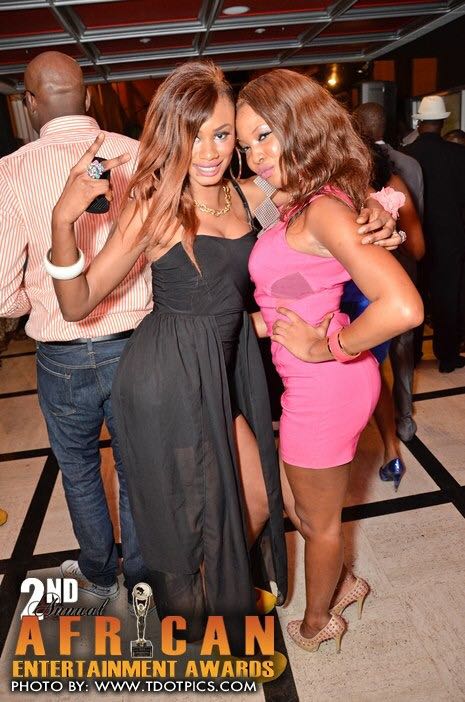 You were? Are you no longer friends?
Certainly not! Not after all this mess.
Mess? Ok, we will get back to that. But do you know a little or few things about her private life?
Sure! We shared information up till when she was to travel to Nigeria in January, though I had my reservations about her lifestyle.
Did she at any time mention her relationship with Apostle Johnson Suleman?
Yeaaa! That was about 2015. She told me and a few other friends how she got the number of the preacher from one of the church members here in Toronto. How she called the man for prayers and also pleaded for financial help. She told us how generous the man was and how the man assisted her without ever meeting her.
Was that all, she told you?
That was all. She told me each time the man of God sent some money to her about two or three occasions with a stern warning that she should quit her way of life. 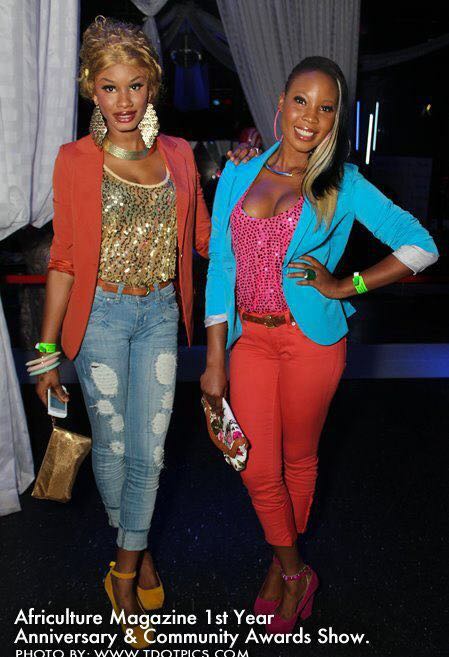 What do you have to say about the allegations by Stephanie that she was in a relationship with Apostle Johnson Suleiman?
Of course not! That ain’t possible! We were always watching the man and his preaching’s on YouTube uptill early this year. Can a girl be in a relationship with someone she hasn’t met? Maybe, she was obsessed with the man of God. I have known Stephanie since her days in Sapele. What I know for certain is that she is not new to controversies. At some point, I felt she was possessed because she was good at scamming and twisting stories with so much finesse. Stephanie would do anything for money.
Are you saying the allegations might be false?
If it were someone else, I would have said there can’t be smoke without fire. But in Stephanie’s world, there can be smoke without fire. This is why I can say on good authority that it is a fat lie because of her antecedent. I know her so so well. For example, Stephanie started courting controversies from as early as the age of 15. She came in here as a student, through a phony admission syndicate in America from where she migrated to Canada. That is Stephanie for you. She would go to any length to make ends meet, including blackmail and extortion.
Are you by chance inferring that the allegations on Apostle Johnson Suleman are false?
As much as I know, If Stephanie was ever in a relationship, I and our other friends would know. She will flaunt it. Not this type she now claimed she made good money from. £8,000, €10,000 etc? Stephanie made all that money and she is still squatting in Canada? How is that possible? We were all bemused to hear and read in the press that she lost her house and cars owing to Apostle Suleman’s failed promise to marry her. This is absolute falsehood and wickedness as Stephanie never had a house. The only time she had an apartment for a few months was when she lied to a lawyer last year that she was pregnant and the man hired a condo for her in Toronto. But when he found out that she was not pregnant, he ejected her. Is that the same house Apostle made her lose?
Can you describe Stephanie Otobo?
Stephanie is a smart girl. And a coarse one as such. She knows how to play her cards. And it is unfortunate that she took the game to a dangerous level by involving Apostle Johnson Suleman. I want to suspect she was looking for something from the man of God and it didn’t work out. Maybe she was obsessed about the man of God, who knows? If not, how would a woman be talking about having an amorous relationship with someone she hasn’t met? Only last year, Stephanie was sleeping with a man called Ola who was said to be genuinely in love with her until she messed him up. She allegedly took his money, promised to marry him but dumped him after breaking the relationship. In return, I gathered that the said Mr. Ola made a video of Stephanie, including clips of her stealing his money. The video was handed to the pastor of their church during testimony time prompting her to flee and stop attending the church. Before leaving town, she temporarily teamed with another lover and together they reportedly engaged in several scams, including Internet fraud. But the bubble burst when her partner was caught and jailed for fraud. Having acquired a negative reputation in Toronto, Stephanie moved to Vancouver where she topped her game by joining so many dating sites. It was also in that city she became a stripper.
But why do you think she is doing all these?
What I can say for certain is that Stephanie does not do anything except for the money. I know for sure that, that is what played out in this case. She probably saw an opportunity and wanted to grab it or was lured into it by some folks in Nigeria who didn’t like the Apostle’s face but it backfired, unfortunately. I am so ashamed on her behalf.
She just released a gospel song entitled “I depend on God”. Don’t you think she may have given her life to God?
Hahahahaha…what the world expected her to release was a confession video or a video of an open apology to the man of God and the body of Christ as a sign of repentance. The prayer of an unrepentant sinner is an abomination before God.

Boston’s Fidelity: A new face of the …
Three Facts about God’s Plan for Your…
Celebrities are admitting they have d…
BRITAIN'S CLOWN ACT - Brexit Hardball
Instagram Doesn’t Work? How To Know I…