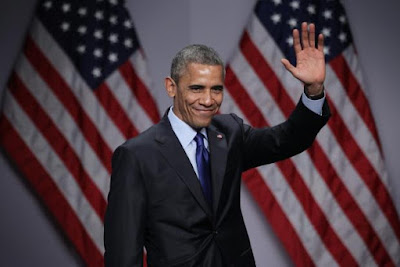 Before his farewell address, President Barack Obama Plans a farewell bash Friday night to celebrate the end of his presidency.
While the White House isn't saying who's on the guest list, Chicago-based hip-hop artist Chance the Rapper said Wednesday on Facebook and Twitter that he was about to fly "21 hours to DC to bid farewell to the greatest president in US history. God bless you @Potus." Chance had been touring in Australia and New Zealand.
Many other celebrities are expected to attend what's shaping up to be the Obamas' final party before the Jan. 20 hand-off to President-elect Donald Trump.
Beyonce was among the celebrities who attended Michelle Obama's 50th birthday party at the White House in 2014.

How To Get Health Insurance Without A…
What to wear: outfit ideas for Christ…
Seven Reasons Why Fast Hosting Server…
Karen Wiesner: I Have Dreamed a Littl…
Areola Reduction Surgery: Cost, Proce…


This post first appeared on ENTERTAIN9JA.COM, please read the originial post: here
People also like
How To Get Health Insurance Without A Job
What to wear: outfit ideas for Christmas & summer
Seven Reasons Why Fast Hosting Servers Are the Way to Go
Karen Wiesner: I Have Dreamed a Little Dream (Authors and Dream Inspiration), Part 2
Areola Reduction Surgery: Cost, Procedure and Complications Best Guide
Novedades ECC Ediciones Noviembre 2021
Getting It Wrong, Making It Right: A Call to White Helping Professionals
Discover the Magic of Venice in November
Love By Numb3rs Share New Video for “Colours”
Burrow Has The Perfect Pillow For Every Person In Your House