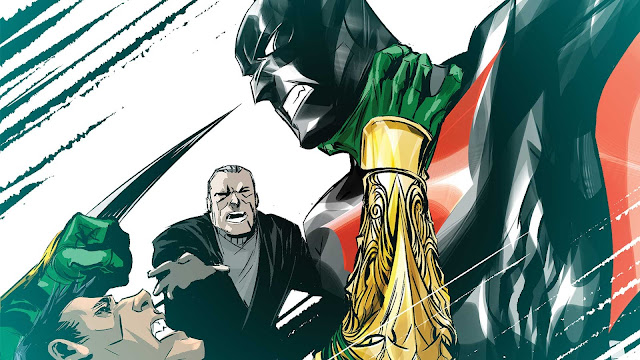 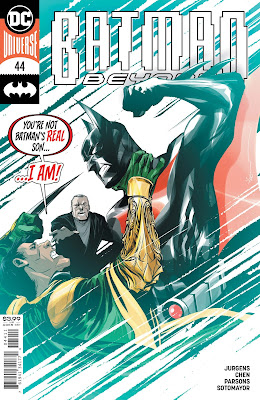 Written By: Dan Jurgens
Art By: Sean Chen, Sean Parsons, Travis Lanham
Cover Price: $3.99
Release Date: June 23, 2020
Apparently, the League of Assassins isn't happy with Damian Wayne as their leader and have decided that the real way to go is with their new leader Zeh-Ro and his ideals of taking Ra's Al Ghul's ideas to the extreme.  For this to go down though, they'll need Damian out of the picture, and with the League of Assassins, that doesn't mean sending him on a lengthy vacation.  Back in Neo Gotham though, Terry McGinnis is back in action, while Elainna Grayson makes her way closer to becoming the new Batwoman, good and proper.  Let's jump into this issue and see if Terry can save Damian from his fate and if we'll discover what Zeh-Ro has in store for the world at large.  Let's check it out.

Survivor Series ’95
Stop Feeling Sorry For Yourself And B…
Chris Brown – Your Bad Ft. Lil Wayne
Facebook Is Playing Hide And Seek — A…
Blade Runner Co-Star Rutger Hauer Die…
For this issue of Batman Beyond we see Terry trying his damnedest to get the injured and on the verge of death, Damian Wayne back to the new Bat Suite, where our heroes are now calling home after Blight destroyed the Batcave.  With that, you get a big battle that teams Batman up with Damian's Bat-Dragon, Goliath as the two fight off assassins, who want nothing more than to see Damian Wayne dead.  It's funny though because while this is a cool aspect to the book, for some reason Elainna being mentored by both Dick Grayson and Barbara Gordon feels a lot cooler to me and sadly, it's only a small piece to this issue that sets Elainna on the way of having her very own identity as Batwoman, complete with a new costume that was originally meant for Barbara. 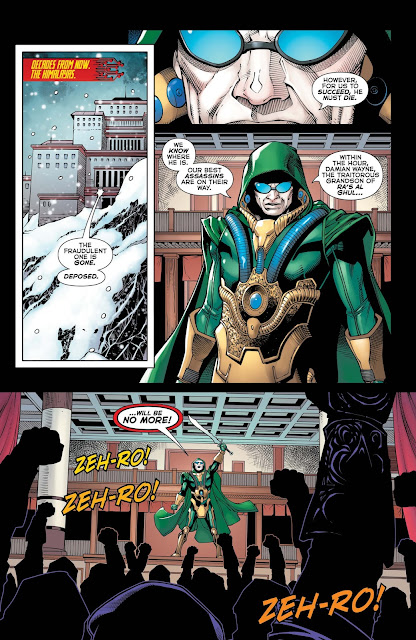 Beyond the fight and Elainna's progression though we see what the new leader of the League of Assassins, Zeh-Ro's plan is essentially just usual fare when it comes to the League of Assassins only a bit more over the top and futuristic to go with this title.  Nonetheless, it will be something our heroes will have to stop and now that this book seems to have a fun and a rather impressive direction that not only sees our hero back in action and confident but is focusing more on family, where the old guard is training the new guard, I can't wait to see what Dan Jurgens has in store for us going forward. 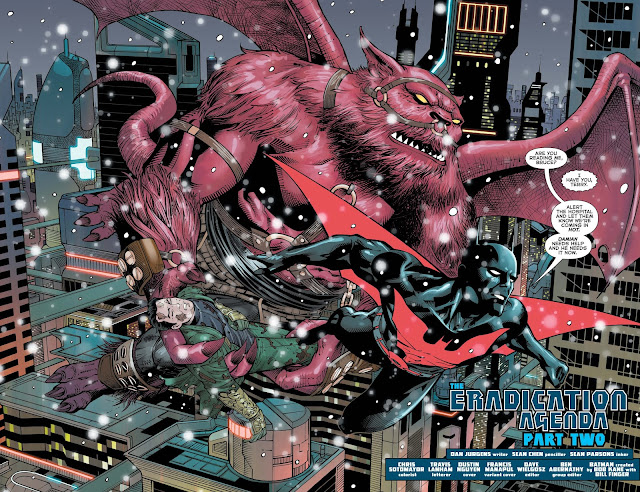 All in all, the art in this issue is really great.  Yeah, a lot of it is a fight that isn't the best when it comes to visuals and does come off kind of boring when thinking about Batman and a dragon taking on assassins, but even with this nitpick, I had a good time with this issue and look forward to seeing where it's going and hoping that the cast of characters will continue to be mainstays of the book once we're finished with this arc.  I really want a Bat-Family in the future and with the direction that this series is going, it seems that I may get my wish...... at least for a little while.
Bits and Pieces:
While you'll get your obligatory fight scene that fills up a lot of page space and some recap to make sure that everyone is up to speed with the new status quo of things going on in this title, the majority of this issue is enjoyable and I find myself caring more about Elainna Grayson's progression than I ever thought I would, not to mention that it's just nice to see so many older Bat-Family members joining this title and taking a role in what the next generation is up to.
7/10