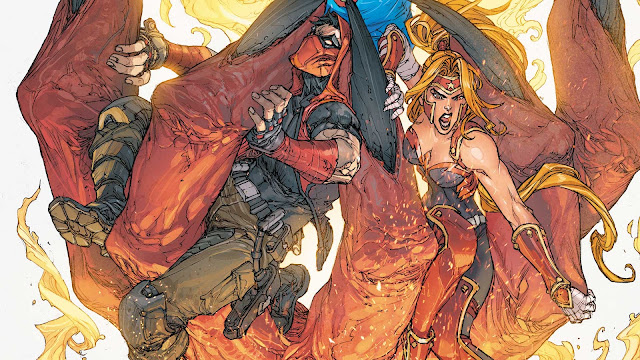 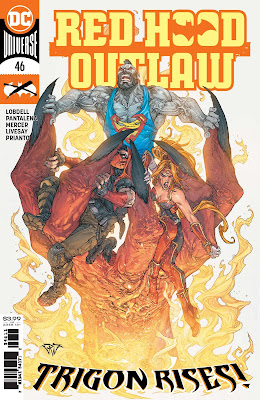 Written By: Scott Lobdell
Art By: Paolo Pantalena, Travis Mercer, John Livesay, Arif Prianto, Troy Peteri
Cover Price: $3.99
Release Date: June 23, 2020
The Untitled are back and have changed up their M.O., but that's not going to stop the Outlaws from kicking ass and still not knowing their names......... you know, being the Untitled and all.  In our previous issue, we discovered that those Dark Obelisks that the Untitled were collecting opened up a path to the Chamber of All, a place where anywhere you want to go is open to you.  Now let's see if this doorway can be shut down and what is actually behind the Untitled's return.   Let's jump into this issue and check it out.

In Your House: Beware of Dog
Hired an Autosleeper Duetto
Homebuyers anticipate lockdown exit a…
Manton Rempville -6
While I've never been a fan of the All-Caste or Untitled angles to Jason Todd's Story, this one has felt even odder than they usually do because it's throwing a lot at the reader without really allowing them to understand who or what these characters are...... Hell, I'm completely read up on them and I'm still having trouble following what's being thrown at us, but it's this issue where things just seem to get weirder for weird sake because now out of nowhere, without knowing what these Dark Obelisks are, how Essence was able to get out of her Blood Blade, how the Untitled fed on hope instead of despair, we now find out that this is a Trigon story.  That's right, apparently one of the biggest bads in the DC Universe is about to be released and Raven has no idea about it and it's up to the Outlaws to stop it........... somehow.  Not to mention that the entire reason that Essence is in this book is that she believed Jason to be a traitor....... even though we get the real traitor revealed here out of nowhere, who isn't even a real traitor.  It's all rather odd and underwhelming. 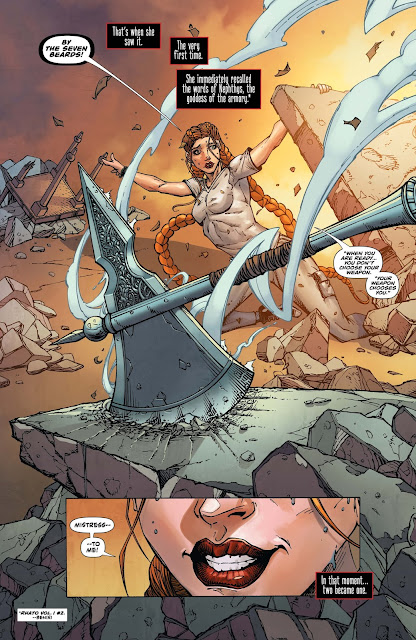 With the complexities and convoluted nature of this story, there is still stuff to like, like the interactions between Jason and Bizarro, Bizarro and General Glory and even Artemis and the human version of her Mistress, but even with these nice moments, it isn't enough to make this story feel like it was put together or even told well because while it tries to fool you into thinking that it is a huge story that you should be reading by making the big bad Trigon out of nowhere, the entire lead up to it feels kind of ridiculous, even though the outcome does feel like something that the Demon would do to try to escape his prison....... I still need to know what Raven is up to and why she isn't aware of what's going on though. 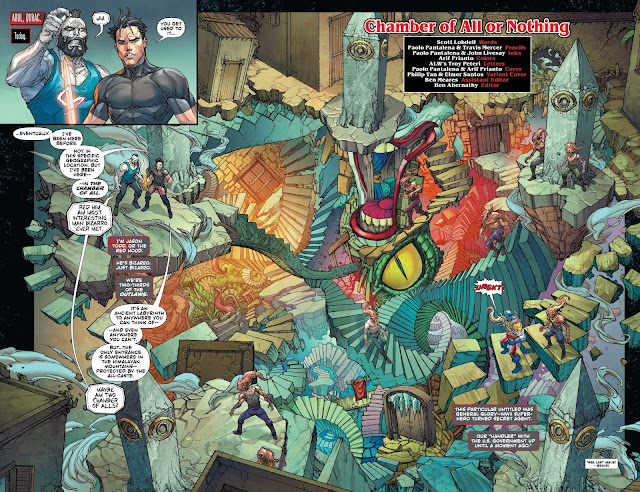 All in all, the art in this issue is decent, even if I'm not completely happy with some of the redesigns of the characters, but that's an old nitpick at this point, but the real problem comes from the progression of the story and the ambiguous nature of the Untitled and how they can just be anything that they're needed to be to make this a Trigon story, which is interesting, but frustrating knowing all the nonsense that we got to get to this point and knowing that nothing will really make sense by the end.  The title has taken a strange turn ever since Generation Outlaw and I don't know if it will ever dig itself out of the hole it's made.
Bits and Pieces:
While the interactions between our heroes are nice in this issue, the turn that the story has taken feels out of nowhere and makes the motivations of some of the characters involved feel beyond forced to get them here.  Yeah, the story has become "bigger" because of the reveals here, but everything leading up to it just feels like nothing was defined and just thrown at the wall until the revelation here.  The art is decent, but I seriously need more out of this title that has been struggling in my mind for a long time.
5.8/10