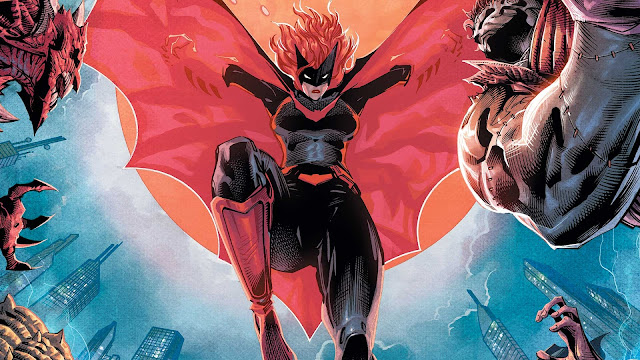 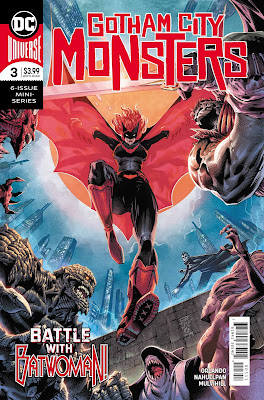 US deploys carrier strike group in mi…
Manton Rempville -6
Edem – The Story Of Efo Kodjo
7 reasons I’m tired of being tired
How to Make Number 13 to Your Lucky N…
**NON SPOLERS AND SCORE AT THE BOTTOM**
It’s that gang of DCU monsters that are being aligned with Gotham City for some reason! I mean, Killer Croc makes sense, but Frankenstein? Orca? And what about the new faces, Claygirl and whatsizname, the Red Beast or whatever? Well, we’re gonna find out “whatever” in this review of Gotham City Monsters #3, right here!
Explain It!
Right, so as I recall, Andrew Bennett, aka the guy from I…Vampire, suckled Melmoth’s blood, and thereby became his thrall. So Melmoth is running around with Andrew, some other guys with pentagrams carved into their foreheads, and of course the vampire gibbons we saw last issue, so he can get…the Crime Bible? This is a DCU macguffin from way back, and this time has a decidedly Satanic bent (as it does, depending on the story being told.) 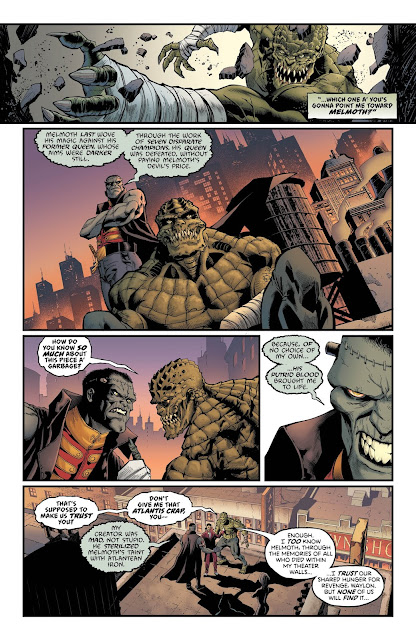 So it is that Melmoth wants to perform one of the spells within the Crime Bible, which involves the sacrifice of some security guards and some boa constrictor eggs? Whatever the case, the Monster League shows up just in the nick of time to not save anyone, but still kick a lot of ass and look fairly cool doing it. We see Claygirl form wings made from knives that she fires out like a porcupine, which is pretty cool. And at the end: a full-page scene of Batwoman cruising around town on her motorcycle! 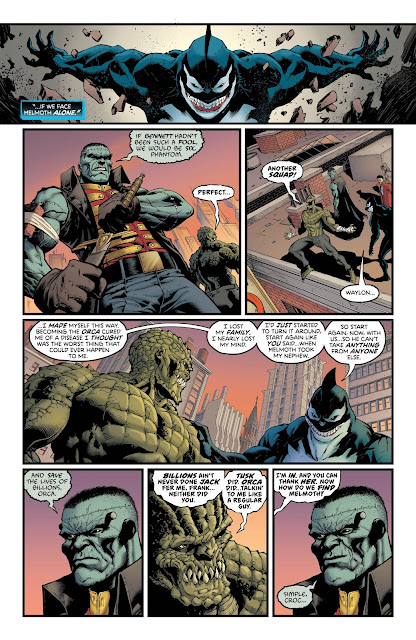 She’s advertised as being in this story, see. Right there on the cover and everything. So what they did is slip her in on the last page and waste our time beforehand. The whole issue feels like a placeholder, and Andrew Bennett having been controlled by Melmoth had no real lasting effects on anything. This is a really poorly-conceived story featuring an unlikely team that has been assembled without forethought. I can’t see anyone really getting into this story, especially after bullshit shenanigans like they did with this issue’s Batwoman tease. That really annoys me, particularly at these prices. It’s one thing to pull a bait and switch for fifty cents. Four bucks in, and it’s just a shake down. 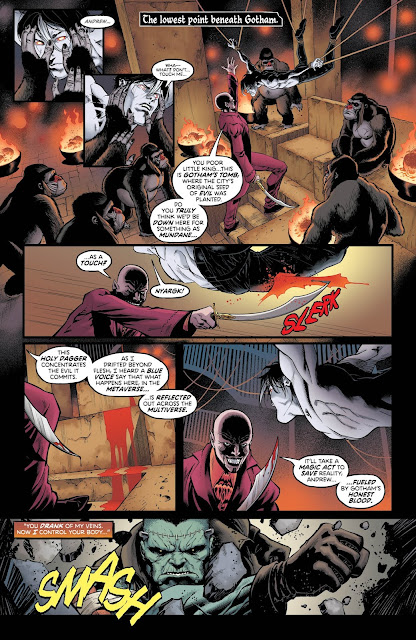 Bits and Pieces:
A wacky team of inhuman beasts kills other creatures. This whole thing feels like a joke without a punchline. So it’s not unlike the Archie comic strip, in a way.
6/10