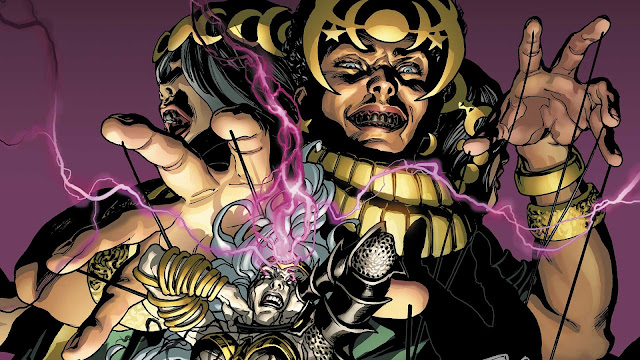 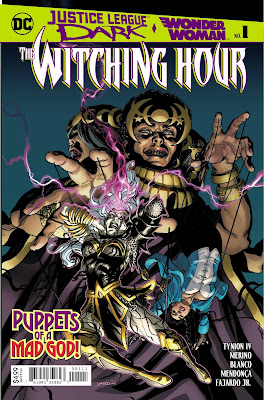 Letter from William Shakespeare Disco…
Best Story-Rich Games on PC: November…
Beautiful Celebrity Couple Pics
My closet is finally organized, but d…
How to Be “Great” in the Eyes of God
Editor: Chris Conroy
Group Editor: Jamie S. Rich
Cover Price: $4.99
On Sale Date: October 31, 2018
**NON SPOILERS AND SCORE AT THE BOTTOM**
This is it, the final toll of the Witching Hour! I’m thrilled to see how this wraps up, so let’s jump right into my review of Justice League Dark/Wonder Woman #1, right here!
Explain It!
If you listen to the Weird Science DC Comics Dot Com Podcast, then you might have heard Jim complaining about too much in this series being told, not shown. Well, tune in this week to Jim raging and/or crowing vindication, because there are five whopping pages of exposition to explain everything that’s happened to this point. And the story itself, it isn’t bad…but parts of it could have seeded into previous issues. So now, Wonder Woman has absorbed the parts of Hecate’s magic once stuffed in Black Orchid and Manitou Dawn, which has made her super-powerful, but likely to expire once she burns out Hecate’s gift. Everyone on the JLD would love to help her, but they’ve been cut off in their respective spaces. It’s up to Wonder Woman’s greyscale ghost, held in Hecate’s fake moon dimension, to find a way through. So she dives into the moon water that once held her unconscious body! 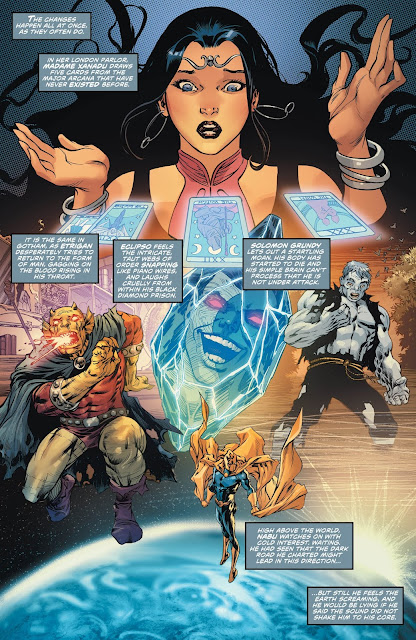 After trying literally nothing, doors open up for Swamp Thing, Zatanna and Constantine, and the folks in the Oblivion Bar that lead to Circe. She says they’ve got to kill Wonder Woman to defeat Hecate, and that the stakes are high enough to justify it. While that’s happening, Wonder Woman’s ghost finds young Hecate, who tells her life story—this is the bit that takes five pages. It’s not a bad story, but it just goes on and on and on. Hecate was corrupted because she trusted the wrong people—namely, people—and in her scorn created or opened a doorway to the Upside-Down Man and his realm, which further corrupted her. On Earth, Hecate has succeeded in destroying some magical centers: Nanda Parbat has been replaced by the decidedly Ancient Egypt-inspired Necropolis, and the Parliament of Trees has been usurped by the Parliament of Flowers. Wonder Woman is hard at work taking down another of these sacred sites: Mount Olympus itself! 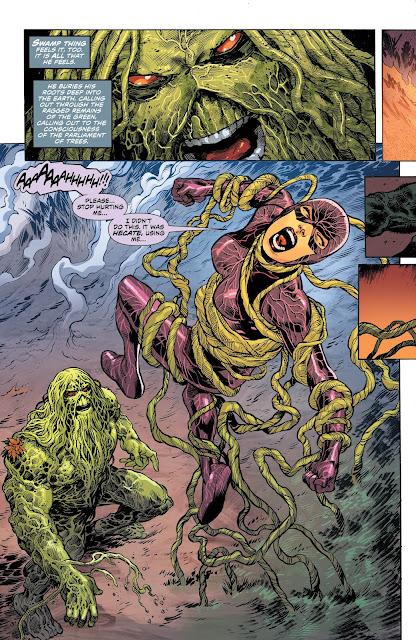 Which, the book is quick to point out, has been abandoned for quite a while. This doesn’t stop Diana from blasting it to bits, and it is here that the JLD shows up to confront her. When Zatanna is about ready to skewer Wonder Woman, she finally comes back to her senses and—still imbued with magic power—confronts Hecate to have a mighty…conversation. While they chat, Wonder Woman releases the Upside-Down Man, who steps out and munches on Hecate, taking her off the game board. And all is well again, except Nanda Parbat is now a horror graveyard, Rama Dass has nowhere to live, and the essence of the green is now highly allergenic. Oh, and all that Hecate power did flow into the new Chief of Magic, the fifth witch marked person, unnamed until the end…you’ll have to read the book to find out who it is. 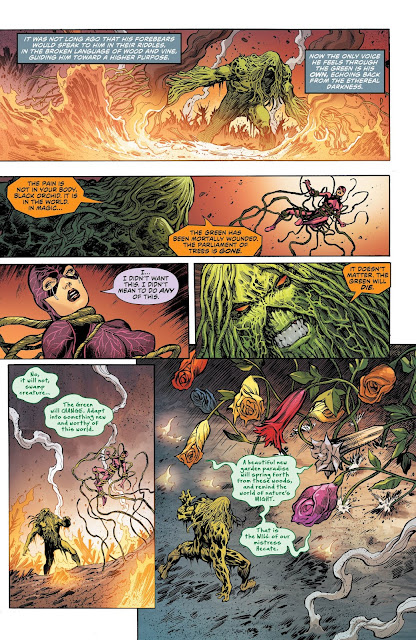 For an event that did actually have some lasting, if inconsequential, ramifications, it sure was talky. It amounted to a lot of property damage at the end, and even the final conflict between Wonder Woman and Hecate was kind of pokey. I’d liked to have seen more of the Upside-Down Man being creepy as hell, that would have made the final bite have more impetus. I do like this story, but it could have been parceled out better, over the five issues provided, instead of crammed mainly into the end. I also would liked to have seen more creepiness and less cataclysmic magical destruction, but that’s more a personal preference of mine. 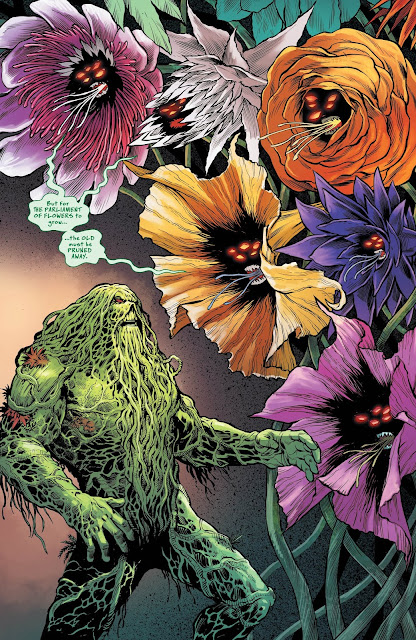 Bits and Pieces:
Everything comes to a reasonably satisfying close, though the nice visuals are obscured by an absolute deluge of copy. You might like the explanation behind the Witching Hour, you could appreciate its lasting ramifications. But man, you will have waded through a slog of prose to get there.
6/10