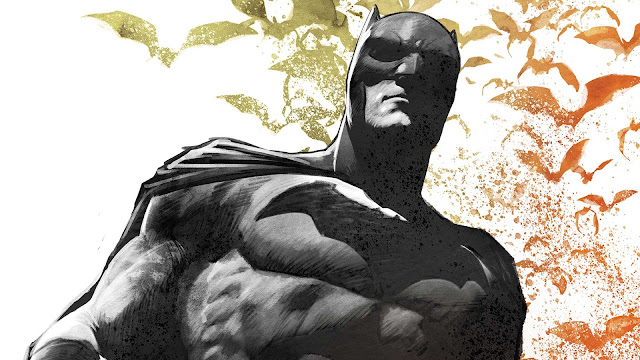 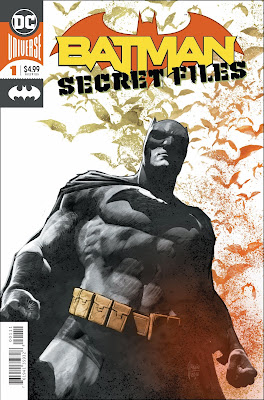 Do You Want to Know a Secret?

It's another Annuals week and...well, this ain't an Annual!  I mean, it still kind of feels like one and it is priced like one...but it isn't one.  So, is this non-Annual any good?  Let's find out...

This is just a little story that lasts a couple of pages, but if you have been reading Tom King's Batman (or any other King stories) up until now, this will be instantly familiar.  Batman is given the choice to become a god and instead, asks Alfred if he is good enough.  If you love King's pleading and whining Batman, you will likely love this (and no doubt be mad at me right now), but if you've had enough of this sort of surface level nonsense where story is left behind for forced "feels", then you will hate it.  It's all up to you, but I'm part of the later and am soooooo tired of shit like this!  Why was this even included?  I guess to put King's name on the cover, but it is by far, the worst story of this whole issue!

The Nature of Fear

This story focuses on a GCPD officer undergoing a psych evaluation after dealing with Scarecrow.  It's a cool story that doesn't deal much with Scarecrow himself but uses the fear toxin and the events the officer went through to give us a different angle view of Batman.  Then the issue ends with a crazy tweest that made the whole thing even better.  Now, this is some smart writing with some unique art to boot!  I recommend reading this one.

This story opens with Gordon and Batman looking at the results of what appears to be some escalating gang violence.  When Batman looks into it more, he finds some good people who are scared and a new type of violence being helped along by Wayne Industries.  This leads to a really good conversation with Lucius Fox who breaks everything down to the point of telling Batman that they are all guilty of what is going on.  The story ends with Batman doing the right thing just in time and the reader getting a moral lesson that might be a tiny bit forced, but was still powerful.  Again, this is a different type of Batman story with some awesome art.

This story has Batman in the mountains, hunting down a monster, but in the end, you are left to wonder who or what the monster is.  The issue is told through narration and it is a tale of isolation and introspection.  I'll admit that this was an odd one that had me wondering what it was all about.  This is a secret files issue and I would guess that Batman would want to keep this one to himself.

The World's Greatest Detective, and Batman

Okay, know we are talking!  Tom Taylor writing a Batman/Detective Chimp story sounds a-okay to me!  The story opens by showing the reader just how smart Bobo is and tying it into the recently seen origin from Dark Knights Rising: The Wild Hunt.  It seems the guy who saved Bobo's life had a son and he is getting into a bit of trouble...trouble with the Riddler.  Man, Tom Taylor needs to be writing Batman right now!  The guy can write any character and his Bobo is awesome.  This short story has more feels than other stories three times the length and it pretty much made this whole issue worth it alone.  Brad Walker's art was also great and this is is easily the best of the bunch.

This is one of those issues that may not be essential reading but has some things to like.  Tom Taylor's Detective Chimp story steals the show and made it all worthwhile.  If you are looking for something to buy on this Annuals week, you might want to check this out...just don't go in expecting too much.