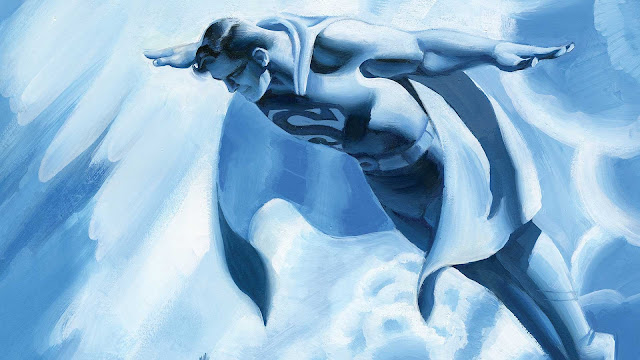 Oh, baby, baby, I Shouldn't Have Let You Go 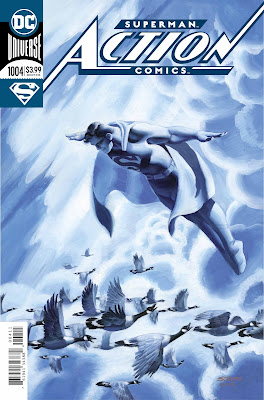 Written By: Brian Michael Bendis
Art By: Ryan Sook, Wade Von Grawbadger, Brad Anderson, Josh Reed
Cover Price: $3.99
Release Date: October 24, 2018
Let's jump back into Action Comics, where Superman is on the hunt for a Red Cloud that's out and about and killing mobsters.  Okay, it's not exactly about that here, even though it's mentioned.  It's time to sit back and take a break from all the murder and mayhem as Superman tries to get his house in order as we finally discuss in this issue where Lois Lane has been since she's secretly come back to Earth and what the future holds for the Man and Wife of Steel.  Let's jump into this issue and see if Brian Michael Bendis can continue the trend of winning me over.  Let's check it out.

Good health and fitness is worth figh…
Manton Rempville – 5
The Neighborhood Bar that Grew Three …
The History of the Bayeux Tapestry
Bitcoin Optimism: A New Survey Claims…
Alright, while I'm not going to spoil things for this review, I do want you to know that things between Superman and Lois are fine, but the majority of this issue deals with the idea of what a family who leads very non-normal lives should do.  Force the normality or go against the grain and try for something greater?  It's a semi-decent concept, especially if Brian Michael Bendis doesn't want Lois around all that much or doesn't want Superman flying off so that he can make dinner on time, but the execution comes off a little odd.  Yeah, Superman has to fly off like he does in this series to stop some random villainy to prove Lois' point of how different than normal people they are, but the biggest problem I have with this, besides the fact that I love the Super Family together is........... Lois can't stop calling Superman "baby" and it was driving me nuts. 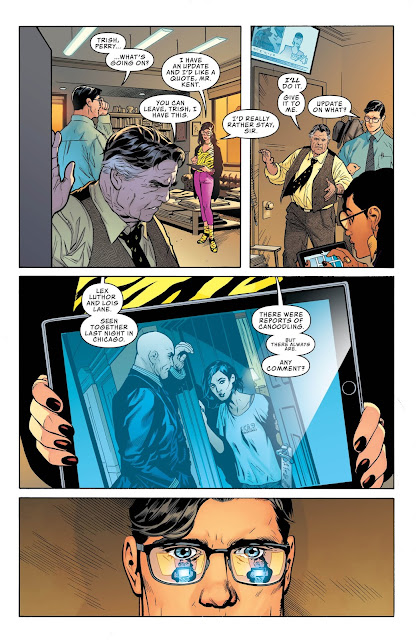 Baby, baby, aside though there isn't much to this story to really write home about.  It's a slow-paced issue that forces some unneeded action scenes that break up the emotions that Clark is going through, which is kind of sad because I could have taken an entire issue dealing with what the status quo of Superman and his family is going to be moving forward.  As for continuity...... Well, it seems like we have a bit of "Must Be Superman Reborn" going on here because we find out that Lex Luthor is once again the former President of the United States.  Besides that though, we have some rogues in Iron Heights that shouldn't be there and the idea that Lois wasn't writing while she was busy being a mother, which we saw after "Superman Reborn" wasn't the case. 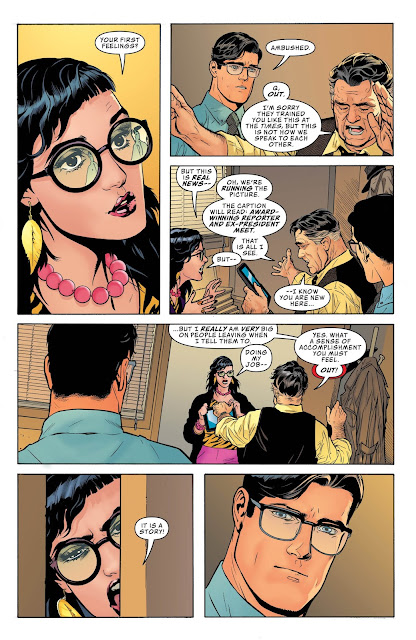 All in all, I really enjoyed the art in this book and the slow pace that we were given to deal with Superman's marital state, but some things feel forced for the scenario that Bendis is creating and with Lois' "baby's", I just wanted Clark to leave her right then and there because she was annoying as hell.  Besides that though and some continuity questions, I'm still on board with what we're getting on the Superman front and appreciate the little bits that we learn about each issue.  Now, all we need is Jon back to completely fill out the picture. 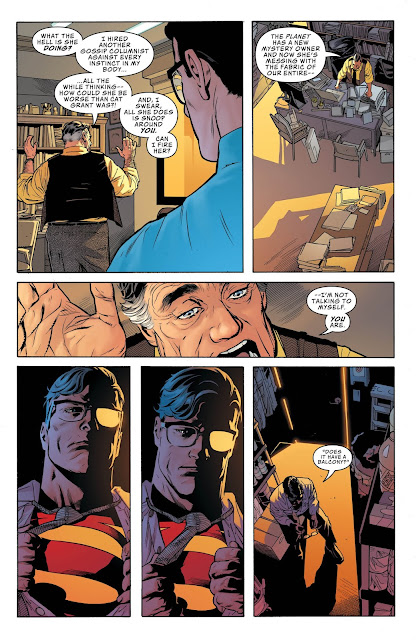 Bits and Pieces:
Discovering where Superman's marriage stands in this issue was the high point of the book and for the most part, I think it was really well done.  Yeah, Lois' dialog was odd as hell and some of her reasons behind things seem off, but all in all, I look forward to continuing my Bendis Action Comics journey and finding out what he has planned for the long haul of our hero.
7/10