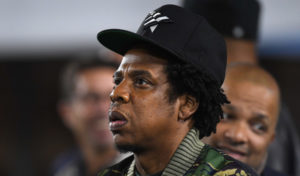 *To help celebrate the reopening of New York’s Webster Hall later this month, hip-hop legend Jay-Z has announced that he plans to serve up a special B-sides concert. This will be Jigga’s first time playing the iconic venue in Manhattan’s East Village, which first opened in 1886,  MSN reports. Webster Hall recently underwent extensive renovation […]