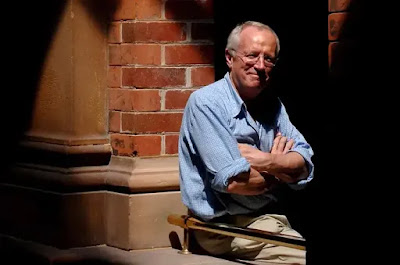 Robert Fisk (12 July 1946 – 30 October 2020) was a writer and journalist who held British and Irish nationality. He was an international correspondent, and covered the civil wars in Lebanon, Algeria and Syria, the Iran-Iraq conflict, the wars in Bosnia and Kosovo, the Soviet invasion of Afghanistan, the Islamic revolution in Iran, Saddam Hussein's invasion of Kuwait, the US invasion and occupation of Iraq. Fluent in Arabic, he was among the few Western journalists to interview Osama bin Laden, which he did three times between 1993 and 1997. The journalist began his career at the Sunday Express. From there, he went to work for The Times as a correspondent in Northern Ireland, Portugal and the Middle East, in which he was based on Beirut intermittently since 1976. After 1989, he worked for The Independent. Fisk received many British and international journalism awards, including the Press Awards Foreign Reporter of the Year seven times. Fisk also wrote books, such as Pity the Nation: Lebanon at War and The Great War for Civilisation : The Conquest of the Middle East.

Fisk was an only child, born in Maidstone, Kent. His father William ('Bill') Fisk (1899–1992) was Borough Treasurer at Maidstone Corporation and had fought in the First World War. At the end of the war Bill Fisk was punished for disobeying an order to execute another soldier; his son said, "My father's refusal to kill another man was the only thing he did in his life which I would also have done." Though his father said little about his part in the war, it held a fascination for his son. After his father's death, he discovered him to have been the scribe of his battalion's war diaries from August 1918. Robert Fisk was educated at Yardley Court, a preparatory school,  then at Sutton Valence School and Lancaster University, where he edited the student magazine Carolynne. He gained a PhD in Political Science, from Trinity College Dublin in 1983; the title of his doctoral thesis was "A condition of limited warfare: Éire's neutrality and the relationship between Dublin, Belfast and London, 1939–1945". 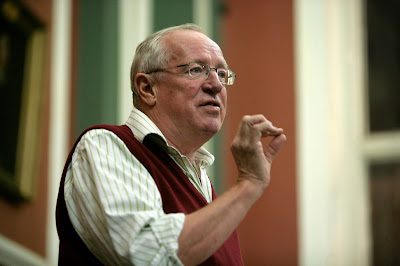 Fisk worked on the Sunday Express diary column before a disagreement with the editor, John Junor, prompted a move to The Times. From 1972 to 1975, at the height of the Troubles, Fisk was The Times Belfast correspondent, before being posted to Portugal following the Carnation Revolution in 1974. He then was appointed Middle East correspondent (1976–1987). In addition to the Troubles and Portugal, he reported the Iranian revolution in 1979. When a story of his was spiked (Iran Air Flight 655) after Rupert Murdoch's takeover, he moved to The Independent in 1989. The New York Times once described Robert Fisk as "probably the most famous foreign correspondent in Britain".

Fisk lived in Beirut from 1976, remaining throughout the Lebanese Civil War. He was one of the first journalists to visit the scene of the Sabra and Shatila massacre in Lebanon, as well as the Syrian Hama Massacre. His book on the Lebanese conflict, Pity the Nation, was first published in 1990. Fisk also reported on the Soviet–Afghan War, the Iran–Iraq War, the Arab–Israeli conflict, the Gulf War, the Kosovo War, the Algerian Civil War, the Bosnian War, the 2001 international intervention in Afghanistan, the invasion of Iraq in 2003, the Arab Spring in 2011 and the ongoing Syrian Civil War. During the Iran–Iraq War, he suffered partial but permanent hearing loss as a result of being close to Iraqi heavy artillery in the Shatt-al-Arab when covering the early stages of the conflict.

After the United States and allies launched their intervention in Afghanistan, Fisk was for a time transferred to Pakistan to provide coverage of the conflict. While reporting from there, he was attacked and beaten by a group of Afghan refugees fleeing heavy bombing by the United States Air Force. He was ultimately rescued from this attack by another Afghan refugee. In his graphic account of his own beating, Fisk absolved the attackers of responsibility and pointed out that their "brutality was entirely the product of others, of us—of we who had armed their struggle against the Russians and ignored their pain and laughed at their civil war and then armed and paid them again for the 'War for Civilisation' just a few miles away and then bombed their homes and ripped up their families and called them 'collateral damage.'"

During the 2003 invasion of Iraq, Fisk was based in Baghdad and filed many eyewitness reports. He has criticised other journalists based in Iraq for what he calls their "hotel journalism", reporting from one's hotel room without interviews or first hand experience of events. His opposition to the war brought criticism from both Irish Sunday Independent columnist and senator, Eoghan Harris, and The Guardian columnist, Simon Hoggart. Fisk has criticised the Coalition's handling of the sectarian violence in post-invasion Iraq, and argued that the official narrative of sectarian conflict is not possible: "The real question I ask myself is: who are these people who are trying to provoke the civil war? Now the Americans will say it's Al Qaeda, it's the Sunni insurgents. It is the death squads. Many of the death squads work for the Ministry of Interior. Who runs the Ministry of Interior in Baghdad? Who pays the Ministry of the Interior? Who pays the militia men who make up the death squads? We do, the occupation authorities. (…) We need to look at this story in a different light."