Eighties Bollywood superstar Mithun Chakraborty’s youngest Son Namashi Chakraborty is gearing up to make his Bollywood debut in Rajkumar Santoshi’s upcoming film, but before that, the young actor has gone ahead and shot a mushy Valentines’ Day photo-op with Amrin Qureshi, co-star of his debut film.

Wuhan Weather Report
Manton Rempville Murders – 1
Our lives’ are all about making choic…
Why B.B.’s is the King of BBQ in Kans…
Four Things Jesus Says About a Discip…

Namashi and Amrin’s debut venture is a rom-com titled “Bad Boy“. The film is produced by Amrin’s father Sajid Qureshi. 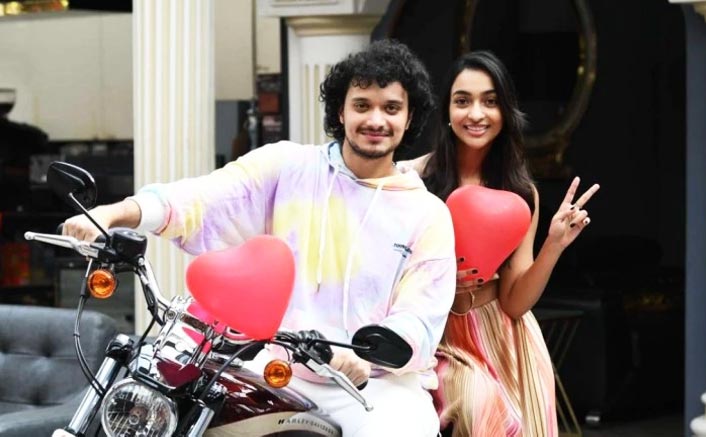 Meanwhile, in a build-up to the hype for the film, the two budding stars posed amidst heart-shaped balloons and on a bike to strike up some V-Day passion.

“It was a very challenging shoot but Rajkumar completed filming the movie in just 60 days, much ahead of schedule. We just have to shoot the songs now and after that we will be ready to start post-production,” producer Sajid Qureshi had a while back, about the shooting of “Bad Boy“.