Bigg Boss 13 is nearing its end now and yet the craze around the show is fresh as ever! With fans digging out content related to their favourite contestants every day, another video featuring Sidharth Shukla and Arjun Kapoor engaging in a heated verbal battle has surfaced online. Yes, you guys that has happened!

For those unversed, Sidharth Shukla had been a part of the stunt-based reality show, Khatron K Khiladi for the season that Arjun Kapoor had hosted. While the current Bigg Boss Contestant won the show, he had got into a huge argument with Arjun Kapoor! And we have a proof with this viral video that has been doing rounds. 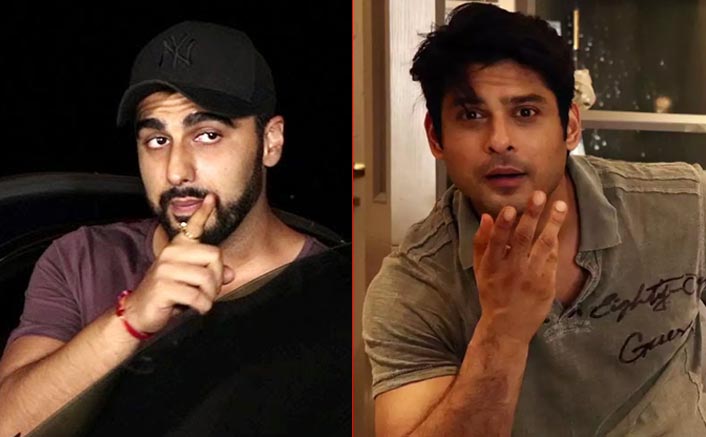 It all begins with Arjun Kapoor asking Sidharth Shukla to stand up so the cameraman can capture him in close up. But Sidharth, who is known for his aggressive nature instantly picked a fight with the Gunday actor and began saying that he would not stand because his legs were hurting and they anyway stand the whole day.

Check out the video:

A visibly agitated Arjun too lashes out saying that he is not the only one who stands the whole day. All the contestants, as well as Arjun, stand the whole day. While co-contestant Raghav Juyal along with others tries to control the situation, their efforts go in vain.

It was only then that Arjun ended up in perils of laughter and revealed that he and Sidharth had played a prank on other contestants. Meanwhile, it may be noted that Sidharth Shukla, who is one of the finalists of Bigg Boss 13 has often been pulled up by Salman Khan and fans for his violent and aggressive behaviour in the house.

Apart from Shukla, Paras Chhabra, Shehnaaz Gill, Arti Singh, Rashami Desai and Asim Riaz are the other finalists of Bigg Boss 13 that will soon witness its finale episode.